G2 Esports Inactive have announced the departure of Jose "koldamenta" Luis Aranguren, marking the beginning of changes to come going into 2022.

koldamenta's exit from G2 was initially hinted at by 1pv's neL in an early November Tweet. Cista "keloqz" Wassim was also named to be leaving the team. The two's supposed replacements were revealed to be former Giants Gaming

Acend Europe Rank #4 in early June as a part of a large roster overhaul meant to bring G2 back to the top of European competition. With their new additions, G2 secured multiple top-four finishes and a second-place finish in Stage 3 Challengers 1, but a tournament championship has remained elusive. The last time G2 found a first-place finish was in the Red Bull Home Ground at the beginning of the year. 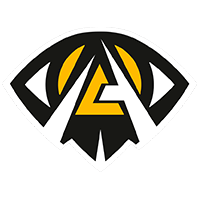 you know nothing he is the best igl in EU

Nah not even close even Acend improved when they traded him for zeek, that shows that either he’s a bad IGL , or that a player that can frag is more necessary than a good igl

I'm sorry what has Acend accomplish since Koldamenta left?

I wouldn't say best, I'd say one of though absolutely, top 5 material

what a shit of farewell

Apparently he wanted it that way

calvomenta had a good run

I wouldn’t be surprised if he ends up in Giants

Yeah, he deserves a good team to be part of!

idk, but kolda said shambolic in a video with g2 I'm sure. A football one maybe

greatest name ever in the game

this is the same man who said vanity's highest achievement was Iceland and he won't do anything bigger than that. Now his team didn't make champs, and oh wait, he doesn't even have a team anymore LMAOOOOO

I wouldn't say best, I'd say one of though absolutely, top 5 material