The first day of Red Bull Home Ground 3 has come to an end, setting the stage for the next two days of playoffs. FOKUS

Taken as a pre-show to the 2023 season, the third iteration of Home Ground was the first chance the world got to see partnered teams clash on an international level. The competition was extremely close across both groups, with 100 Thieves

In Group B, FUT stood on the other end of the table and stood winless at the event. Team Heretics 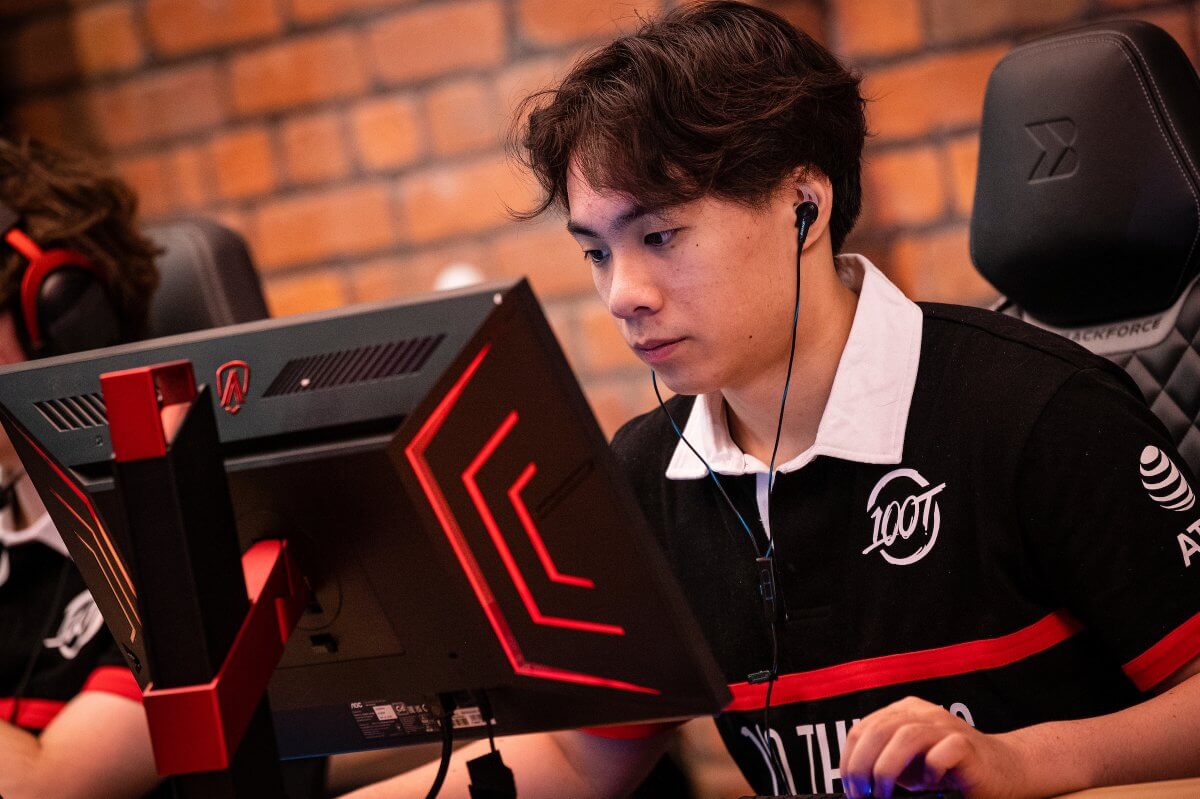 100 Thieves were the only team with a flawless groups run (Photo by Red Bull/Twitter).

Group A was the closest of the two, despite it housing the only non-partnered team in the tournament. KRÜ and FOKUS

FOKUS Europe Rank #8 KPZET Victor Steensgaard purp0 Semyon Borchev Lime Jacob Foster JUGi Jakob Hansen YaBoiLewis Lewis Hughes shared an 0-2 record when they played their final match against one another. Despite a 2-0 win from the former, the LATAM squad moved into the playoffs in third place after the tiebreakers, sending FOKUS home.

Team Vitality Europe Rank #3 MOLSI Michał Łącki Destrian Tomas Linikas Twisten Karel Ašenbrener BONECOLD Santeri Sassi ceNder Jokūbas Labutis played the final game of Group A at a time the two squads held a 1-1 record. Cloud9, who had earlier been upset by FOKUS 2-1, let up just six rounds against Vitality and found a 2-0 win that locked them into first place. Vitality were left in second place.

lmao kru back in?

Did red bull organizers somebow forget the order of tiebreakers? head-to-head results from ties takes priority over round diff (which is close to dead last in priority)

Hell no, why would 13-0ing a team instead of 13-5 them which can literally just be loosing the two pistols matter more than actually beating the team you're tied to

yeah, it has to be stats between the tied teams. Overall performance is way too vague to even mean anything

what do you mean by overall performance? What is that metric quantitatively?