After a tough 15-13 start on Haven, OpTic didn't hold back against Japanese opponents on Fracture and Bind and won the lower bracket final. They'll rematch against LOUD

ZETA DIVISION were on the verge of completing a lower bracket run unlike any other. After their 2-0 loss to G2 Esports in the upper bracket quarterfinals, ZETA's lower bracket run will go down as Japan's best-ever in tactical FPS games. In the lower bracket, the squad knocked out Team Liquid, DRX and Paper Rex in three nailbiter series.

Through their iconic “Nice!” chants, ZETA had already defeated three titanic opponents of the international stage. Only one stood between them and the grand final: OpTic.

But OpTic's name carries weight. They have shown how far a consistent and united squad can go. After an early upset to XERXIA Esports

But, as nothing in this world is perfect, LOUD stunned OpTic in the upper bracket final. Winning it 2-1, the Brazilian squad placed their region in the grand finals for the first time. OpTic were now faced with the task of stopping a ZETA DIVISION squad that looked relieved of all pressure and comfortable in their seats.

When asked about this lower bracket run, OpTic coach Chet "Chet" Singh said that ZETA's recent performance was somewhat concerning for OpTic coming into the game, given that the Japanese team eliminated Fnatic

OpTic picked Haven but soon found themselves in dire straits. After winning the opening round, ZETA DIVISION cruised to a 5-0 lead thanks to their unique change-ups in timing. After a timeout, OpTic began to adapt to ZETA's style of play and managed to find three rounds to their opponents' one, which put the scoreline at 6-3 thanks to a 4K from yay on A.

“During pauses, I usually just call something that we already discussed for the game plan,” Chet said. “I don't remember exactly what I said but we just did one of our set things and I guess it helped us win a couple rounds.”

OpTic's return into the game was now in full swing. Austin "crashies" Roberts sealed a flawless round with a knife kill onto Yuuma "Dep" Hisamoto, and his team doubled down to reach 6-5. ZETA just held onto the 7-5 score, an advantage that would later prove key, as Tenta "TENNN" Asai and Shota "SugarZ3ro" Watanabe were central in ZETA's marginal lead at halftime.

On Skye and Astra, respectively, TENNN and SugarZ3ro topped ZETA's scoreboard for their attacking side. Despite sharing a 79% KAST with crow, TENNN notably reached 185 ADR and 285 ACS.

Jimmy "Marved" Nguyen was second only to Jaccob "yay" Whiteaker for his team's first half, but he was just getting started. OpTic's smoker was about to flip the game on its head, jumping from a +3 differential to a +19.

Much like in the first half of Haven, ZETA found the pistol and several successive rounds. A 2v4 from Dep and SugarZ3ro capped off a five-round streak at 11-5, as OpTic then took a timeout and began clawing back into the game. A quick C hit gave them their sixth point, and several clean rounds from Marved narrowed the result to just 11-10.

This wasn't ZETA's run. This was Japan's run.

A flawless retake from ZETA then took the Japanese team to map point, but OpTic didn't bow down. Marved clutched against Dep to take Haven to overtime. There, after some back-and-forth, OpTic closed it out 15-13 with a flawless round.

“I believe it was the attack side,” Motoyama "XQQ" Hibiki said. “We couldn't sync on the strategies that we wanted to use and therefore, as a team, our movements weren't unified. I believe that's one of the reasons we began losing after the timeout (at 5-0).”

Marved came alive in the game's second half for his team. On his attack side and overtime, Marved put eight multikills on the board — as many as Dep, who had the second-most multikills across the map. In total, Marved found 11 multikills, six of those 3Ks, and four 1v1 clutches. Of those eight multikills, five were scored between rounds 17 and 21 of Haven.

“My team gave me time to really understand how they were moving around the map,” Marved said. “Late game, after the halftime, I kind of understood how they were moving around the map and where to find my timings and how to win these rounds. It was definitely a team effort, I definitely had a lot of kills but I just kind of knew what was going on at all times.”

Those four clutches, won in a single map, account for more clutches than any other player has scored in an entire playoffs series at Masters Reykjavik so far. By the time the map ended, Marved had a 2.68 KDA, nearly a full digit above his halftime ratio, and 35 kills, a map record for Masters. His attack side performance added up to over 430 ACS and a 46% headshot rate, some of the highest figures seen in Reykjavik.

The match transitioned to ZETA's pick of Fracture. After a 3-3 start, OpTic took the lead at 5-3. ZETA sprinkled in three more rounds, but Fracture ended up being a total shutdown from the North American side, who stole their opponents' pick 13-5. OpTic once more showed that Neon does have a place in the current meta, with Victor reaching 94% KAST and four entry kills.

Victor "Victor" Wong, who wielded Neon throughout Fracture, argued that teams haven't grown accustomed to playing against the Filipina agent and how OpTic use her for site hits and early pressure.

“OpTic have team comps that allow a lot of individual freedom and variations to make these strategies very complex,” XQQ said. “They were also well-prepared for our Fracture strategy and that led to a movement in their strategy that we had never seen from other teams before.”

One can only wonder what an eco win like this could have caused.

Heading into Bind, ZETA were at a pivotal point in their tournament run.

“Because [Bind] was the last map, we knew that we couldn't lose this map. We felt like we were prepared for Bind, so we did our best,” XQQ said.

Heading into their pick of Bind, OpTic were on match point. They quickly established an early lead, as crashies took down three to reach 4-1. ZETA narrowed the scoreline to 4-3, but Marved aced to give his team a fifth point that they escalated into an 8-4 half win.

On defense, OpTic won the pistol. ZETA quickly called a timeout, but it didn't stop OpTic from winning one more to reach double digits at 10-4. Japan's representatives refused to go down without a fight and recovered to 10-7. crashies and yay retook A the following round, but Maruoka "crow" Tomoaki took down Pujan "FNS" Mehta and yay to keep his team in the game.

Despite crow's antics, OpTic quickly replied with two rounds to find the 13-8 win, closing out the match in flawless fashion and securing a rematch with LOUD in the grand final.

Coach XQQ said that the team proved how strong their mentality and strategy variation is during this tournament. OpTic was just a step above them today and, despite how much the loss against OpTic hurt, ZETA are confident that the only thing they leave Reykjavik with is room to grow.

“I'm really happy to say that we've proven everybody's expectations wrong, thinking that Japan is a weak region and that we had grown so much as a region to prove this,” Ushida "Laz" Koji said. “But again, we had such a big loss against OpTic and there was such a big gap in the gameplay, there's a lot of homework to be done and we'd like to make sure to have that fixed so we can win the whole tournament towards Masters 2. 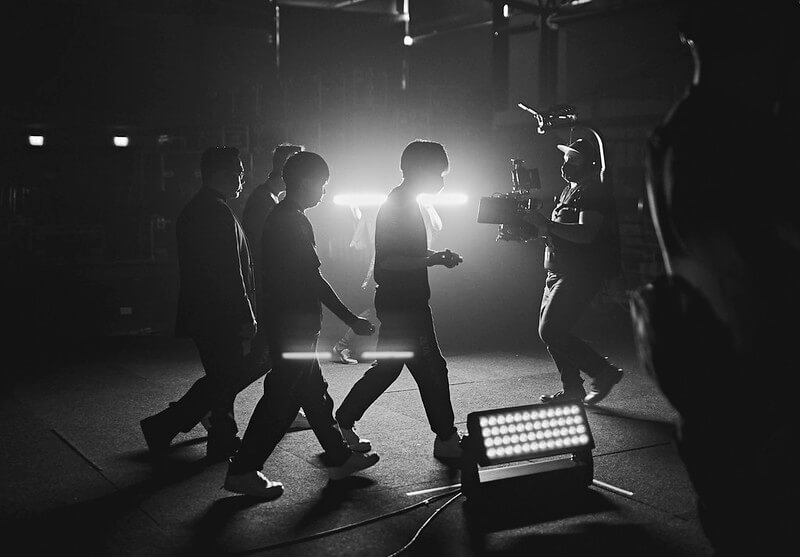 OpTic are no strangers to a Masters grand final. But for LOUD's players, tomorrow is the most important day in their career. Both teams will reunite on the Reykjavik stage at 5 p.m. GMT.

LOUD have the chance to finally put Brazil on top. Even though they have already surpassed their counterparts' previous achievements, LOUD don't want to stop.

OpTic are aiming to get back into the fight. In September, Gambit Esports denied them the Masters Berlin trophy by outclassing them in the grand final.

Tomorrow? They'll have to look that trophy dead in the eye one more time.

“We're just going to treat it like any other scrim or game,” Marved said.

As much as I want LOUD to win to have a perfect upper bracket run on my pickem
https://www.vlr.gg/pickem/4774e6c1

I genuinely think optic will win

IMO, they were clearly the better team last time they played
I have no ideia how LOUD managed to win Ascent, they played terrible on t side, FNS read them like a book, every bombsite they went in, optic were stacked with 3-4 players
On Icebox it was 7-1 at one point and then 9-8, thank god Marved prob slipped his finger on keyboard and made a noise on that 1v1 versus Less
On Fracture well nothing to say lol
Turning point in that match IMO was that LOUD won every pistol 4/4 on Ascent + Icebox

no, optic really played terrible on icebox. they indeed had some good preparation but in terms of mistakes... ugh.

remember how FNS pushed down B long for an agressive info play, kills one then DOESN'T GET OUT? yeah....

I bet ur country ain't even there lul

So you're saying optic went to two seperate masters finals as a flukee? Okayyy

Marved pls fuck me on lan

It's amazing man, I get your point but as far as it concerns me, I just wanna watch some good valorant gameplay so I'm rooting for any team that stands up.

I wish I'll be watching a legendary BO5 between two teams that could be any team that made it this far and enjoying the VALORANT game being played the best way it can be played.

Fair effort from zeta, their improvement from the start to end of the event really should be commemorated

"The match transitioned to ZETA's pick of Fracture. After a 3-3 start, OpTic took the lead at 5-2. ZETA sprinkled in three more rounds, but Fracture ended up being a total shutdown from the North American side, who stole their opponents' pick 13-5."

also "Those four clutches, won in a single map, account for more clutches than any other player has scored in an entire series at Masters Reykjavik so far." is slightly inaccurate if you're referring to full series of other games, since bnj got 5 clutches in their 1-2 group stage loss vs. ZETA, you could probably replace series with map though and be correct

First part is fine imo, appreciate the second correction and changed it to playoffs series.

Don't know why you got downvoted. Thanks!

I really want a south american team to win it all

please dont do a psg lgd on us optic