A month after being paused, the Regional League CIS: Milestone has been canceled, GIG.ME and Riot announced today. 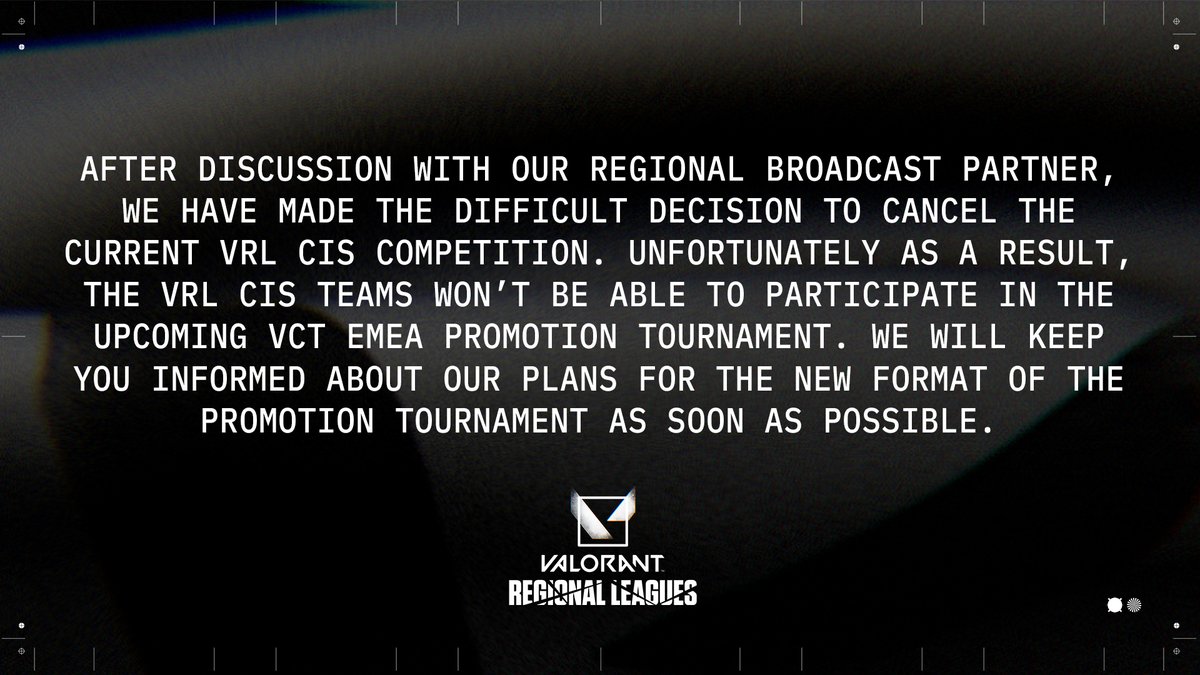 After two successful weeks of play, the league was canceled due to the Russian invasion of Ukraine. The tournament was put on hold for an indefinite amount of time on February 24, at the same time the EMEA VCT was put on hold alongside its Russian broadcast.

Organizers GIG.ME and Riot announced that the league's Spring Split has been altogether canceled, citing "difficult times for the region." As such, CIS teams won't be able to participate in the upcoming Stage 1: EMEA Promotion tournament.

The VCT Promotion would include the winner of each VRL in a GSL group stage, with the winners fighting in the playoffs for two VCT slots. With CIS teams out of the picture, Riot has promised to keep spectators informed about their plans for a new format as soon as possible.

Stage 1: EMEA Promotion is scheduled to begin on April 1 and conclude on April 10.

L from val leagues, and L from eutalyx

CIS already wasnt getting great viewership. I feel like this really could kill the CIS scene

Its better for CIS players. Expect more CIS players will be finally signer in t1-t2 teams. More viewers, at least some salary. Teams like 5MOKES, DBG, Tactical Five deserve to be signed, but 0 orgs interested in CIS scene. If players will come to EU region they can find teams and orgs after this season and finally get paid

W as well as an L