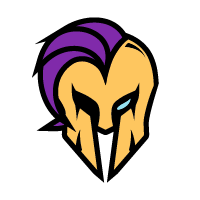 Apex
@Apex177
It's time to turn a new chapter as we decided to go F/A as a team. We will be fielding org offers as we're are now the highest-ranked F/A squad on VLR. We have played at the highest level of competitive Valorant with consistent placements and success. Contact Apex with offers.
16:23 PM · Jul 9, 2021 · 15 · 353

With the roster's potential coming to fruition in Stage 3, the team have seemingly outgrown the organization which previously housed them, with Apex announcing the team seeking offers from organizations, now as the high-ranked free agent squad in North America.

Noble have hosted numerous Valorant rosters since entering the game in early September. Roster instability wasn't an uncommon sight for the organization, with the most recent iteration changing out two players as recently as last month.

However, under the direction of Apex and Andrew "aRubyz" Seewer, Noble became more and more of a powerhouse as the roster saw steady improvements in the rankings, even having some of its players poached, such as Zachary "zekken" Patrone.

But while Aleko "LeviathanAG" Gabuniya is now released from Noble alongside his teammates, the Sova is notably absent from the new free-agent roster, with his trajectory seemingly on-course for TSM

I agree that their initial results following this could be inconsistent, but this was a great step to show that they can compete at the highest level. With that being said, it could be difficult to obtain the same results now that they have lost a reliable player in Leviathan. So I wouldn't be surprised if players from this roster get picked up one by one from different orgs rather than the entire roster being signed.

tsm fans cant except the fact of being a tier2 fan. as a bds fan you just have to accept the fact that your fav team tier2 sometimes

TSM should have just bought out the roster wtf, leviathan can't carry subroza and wardell to tier 1.

He doesnt have to carry he just has to help

so they beat tsm just to lost a guy to tsm? nice

TSM couldn't beat Noble, so they bought their best player and made them disband KEKW

A great era has ended. Hope to see another org to pick you guys up. You were the next best team

TSM should sack their team bar Wardell and pick up Noble's roster. It's that simple at this point. Honestly they should have done this before Zekken was picked up by XSET as he's the next Asuna.

first sentence is a little weird, makes it seem like the org and the coach parted ways

Noble is the Triumph of Valorant

Hope they get a nice org, would be a shame if this became another moon raccoons episode.

moon raccoons had problems outside of the game 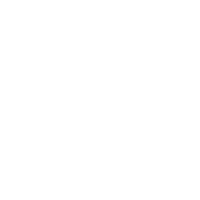