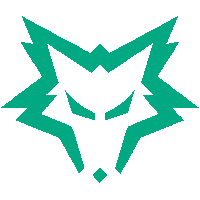 Dire Wolves Inactive have announced the signing of Wryce , SWERL , and taxx to their Valorant roster, completing their five-man lineup.

Wryce and Swerl were both part of the Dire Wolves' run in the ORDER Valorant Oceanic Open in which the team made playoffs but were eliminated in the quarterfinals by Control.

@DireWolves
We've finalised our @PlayVALORANT Roster. Welcome them to the #wolfpack 👇

Dire Wolves is a distinguished organization in the Oceanic League of Legends scene but has recently begun exploring ventures in other games, including the acquisition of storied Overwatch Contenders team Sydney Drop Bears.

Asked about his newfound home, Wryce gave VLR.gg his thoughts:

The finished Dire Wolves roster is looking strong as ever going into the Rise of Valor tournament with the new addition of taxx, and we are super confident that this could be our tournament to win.

We are all really excited to be representing Dire Wolves in Valorant as well, I know personally being able to play under this organisation is a huge milestone in my career and we can't wait to make the #Wolfpack proud!

Dire Wolves are set to compete in Oceania's next Ignition Series event, Rise of Valour, which will hold its first of many qualification rounds beginning on August 8.

The full roster of Dire Wolves

Wait Swerl is a fellow Persian.....