Fortress Melbourne, a gaming and esports venue in Australia, has announced Rise of Valour, the next Oceanic event in Riot Games' Ignition Series.

A new era is beginning. Will you rise to the top? Register your team now → https://t.co/IzN9Dz4Ctr pic.twitter.com/o9cvFJnTZo

Rise of Valour is split into four stages: The Open Qualifiers, the Play-In Stage, the Last Chance Qualifier, and the Finals.

There will be six open qualifiers, with two played each weekend. Each open qualifier will consist of a single-elimination Bo1 bracket, with the top two teams qualified to the next stage, along with points awarded to teams based on their placement. The twelve qualified teams will will be joined by the top four teams from the ORDER Oceanic Open, which include Team Launch 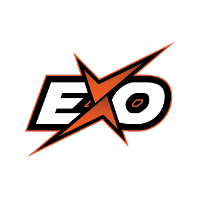 The sixteen qualified teams will play in the Play-In Stage on August 29, which will consist of a single-elimination bracket, with each match played as a Bo1, except for the two qualifying matches, which will both be Bo3. Two teams will proceed to the Finals from this stage.

With the four teams decided, the Finals will play out on September 5 and 6 in a double-elimination Bo3 bracket and a Bo5 grand finals with a one map upper-bracket advantage.

A rough schedule of Rise of Valour can be seen below:

Entry is free for all players, with more information available on Melbourne Fortress's Website.

Big pogs. Surely my man @TwoTapTony gets chosen as an official caster.

EXO will turn up strong after 2nd place last tourney 100%

This is gonna be crazy