What happens if ascension becomes more competitive than franchise?

PARLA is an example, I know a lot of the franchise teams they faced were still experimenting but you would expect them to still win

If Ascension becomes more skill then they ascend? That’s why it’s called ascension

its only 1 team per year tbf

2026 is fucking miles away bro

and thats considering valorant esports wont be dead by 2026

How many teams do you think are gonna become tier 1 a year? The best team ascends and the rest of the top players on other teams can get picked up

i think thats the problem with the franchise system everywhere, in cs you have blastpremier with astralis yet they can't even win rmr againts random eu stack

shout out to my poland bros los kogutos 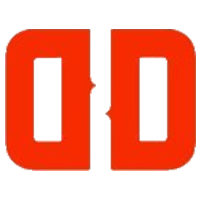 was a bo1, pure fluke from los kogutos

there's ascension to count for that, in 2026 there'll be like 2 teams every year coming into the ascension so it's all g

see this post so many times, short term yes it sucks but long term itll stabilise

players in franchised teams are skilled? a lot of them the same people we saw doing well prefranchise in vct, thats why they got to franchising? they are new teams still building chemistry and testing stuff, and they will still be praccing with not franchised teams, so if it turns out theyre shit the franchised orgs can replace the players, or they just go for ascension.

parla roster is just as new as vitality and giants

oh didnt know, mb then. still i think this doesnt mean that all teams will be as good as them, and also doesnt mean vit and giants wont improve

I mean depend on what you understand by new, they do have a 3 player core

this season ascension will be more entertaining in NA and EU for sure
i think in near 3 years tier2 scene will be a banger, then orgs will understand things and will buy tier2 teams each season

just they need to give 2 more slot to ascension

take akrew from a while back with the roster gucc107, neon, kanpeki, c0m, paincakes

Esports was founded on freedom of movement in merit.

now it’s controlled just like corporate world where only friends get to the top.

but hey at least they auto ban “hate speech” in the game to keep people not bringing up the cronyism.

If a player pops off in ascension, a franchise team will probably just poach that player.

That is what ascension is for anyways. It's a talent feed into the franchise league. I doubt most teams that do well in ascention will stay together because as soon as 1 team performs well, an underperforming franchise team will pick their best player up and now you have a broken ascension team.

It's difficult for new orgs to get in (only 2 per fixed number of years) but players will be cycled continuously.

I'm 99% sure that is not going to happen. The franchised teams would have to get so lazy and not care about scouting new talent or winning at all. They have all the money leverage and prestige to attract any talent from ascension. If a promoted ascension team wins champs in the next 4 years Ill delete this account.

The good teams will ascend or have their players bought out