They destroyed both drx and optic in scrims, and both teams were consistently winning scrims in their own region and in Copenhagen. Although teams are obviously hiding strats in scrims, I think people are underestimating lev too much. I predict a 2-1 match with close maps.

hopium :)), maybe LEV will do like KRU last year

Leviatan will definitely put up a good fight, they’ve got Onur as a coach and their players are brilliant, it’ll be as close of a match as anyone could want, but DRX are so good at countering teams, I’m sure they’ve also got something ready

isn’t onur not at the event

Shoot I forgot about that, but surely he plays some role here, even if he isn’t directly talking to his team during timeouts he still is behind the strats and comps his team is using

Sorry to disappoint you but they are a weak team 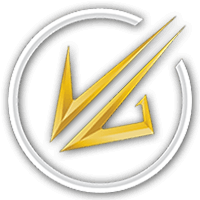 Prx with +jingg -shiba one player can have alot of impact

I mean you're right but it was not LEV side lmao.

Just accept the fact that BR Is the worst región ever and your bias for being part of that can't let you have good opinions!

whats the source on this OP plz

LEV is known to choke at LCQ lans

Drx is gonna destroy these bots

in the first international tournament last year KRU was also scrim gods, they stomped Acend in scrims and cNed put them top2 in their pickem, but later in the tournament they were stomped by Fnatic and Liquid but they were getting better and better and as they got confident they were doing better until being top4 in Champions, I think something similar can happen with LEV, maybe this tournament they won't do much but for the next one they will surely improve a lot

drx about to wipe leviatan fans away