Harmful had signed to Andbox after a trial period, according to a recent report by George Geddes of Upcomer. However, Harmful has now been released due to the team allegedly feeling “uncomfortable” moving forward with him.

In a statement to VLR.gg, Harmful said the situation “felt very unprofessional” and “the way things happened should pretty much never happen.”

Harmful has bounced from team to team, spending time with the likes of Squirtle Squad 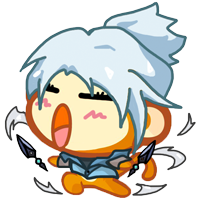 Truly sadge :( for him hes a great player

Andbox is going to end up being the OG of NA

Hopefully Harmful gets signed to a better team

who names their child andrew

would love clarity on the topic, probably won't happen though

' Harmful has now been released due to the team allegedly feeling “uncomfortable” moving forward with him.' I wonder what Harmful did or said to make them feel that way and in a point that he got dropped.

everyone getting mad at andbox,,, but bruh you have to be fucked up to get the team against you so early.

Back on LFT with OXY

Still not a lot of info to judge on. If its on performance reasons thats kinda weird by andbox. But if they were uncomfortable because of private reasons it could be fair. Still sucks for the guy

Yeah I think info is too little to blame it entirely on Andbox. Who knows what really happened

It’s widely known that harmful is toxic and a stream sniper.

Andbox would have known all of this prior to signing him though.

Probably ran his mouth to the wrong guy or said some off color shit that was screenshot. It’s a shame cause the kid has skills.

Only thing they played was Harmful :/

did the say the n word or what

Harmful will never get on a team haha. Most known stream sniper in the game.

I just wonder what he did to get booted.

No, he's quite toxic and doesn't have the best track record

no stream snipping in official games + hes a copy of Virtyy - big mouth, not a team player etc etc :)

must be a problem with Harmful if they terminate a contract after MERE DAYS.
How does that even happen

kid has aim but terrible mental and terrible communication. how many ranked games with this dude to LMS and afk every round just to sperg at his teammates.

Hopefully this is a wake up call for Harmful. Teams prioritize chemistry over skill because this type of drama might result in a roster implosion. Good call for Andbox and they should find some good talent from T2 scene

Thats cool and all, but if that were the case, why fucking sign him in the first place??????

They probably needed a jett but couldn't move forward for him for what I think are these potential reasons:
1) Loose Personality maybe not mixing well with the team
2) Hard to implement a jett player into the structured nature of Andbox
3) Comms
4) Maybe something personal that came up in Harmful's personal life that challenges his commitment to the team
Again, hard to say since "uncomfortable" does not narrow anything down XD

You never know until you give it a try. Isn't that what most people would like to see? It's up to Harmful to show that the allegations are false and prove he is not toxic. But oh well, you know how it went. So, no point in blaming a team for this.