Riot has released patch notes for the 3.05 update. Major changes include rank distribution, the introduction of Fracture and the return of Immortal 1, 2, and 3, and more.

The full patch notes have been reproduced below:

Brimstone, Sova, and Breach are all receiving consistency changes to ability damage. We want to reward those of you who are creative with the ability sandbox, using your tools to solve the obstacles other Agents are creating. To ensure this, physical objects across VALORANT need to interact in a reliable and consistent manner, so you can properly plan and execute without knowing ability-specific interactions.

Killjoy's Turret is a versatile ability that provides information, chip damage, and a powerful slow. While manageable during mid to later rounds, the Turret can be especially oppressive on pistol rounds down longer sightlines, where the tagging intensity combined with weapon spread makes it challenging to press forward. These changes aim to slightly tone down the Turret's ability to impede rushes, and give opponents more counterplay options.

The Boom Bots' ability to clear space, spot, and track opponents, as well as one-shot enemies with Light Shields, left you with limited options on how to counterplay—especially during low economy rounds. So, we're trading off reduced damage output for an ability cost reduction in order to introduce more Boom Bot counterplay options. This should also increase the frequency that Raze mains can use Boom Bot to create space.

are we not nerfing sage this patch? :O

damage dealing abilities should destroy all 'set up' that has HP. just for consistent sake

a pretty considerable nerf to raze, and that kj turret change will be a blessing.

Thats a buff for raze what are you talking about :D

It's a win-win for both the Raze player and the one facing Raze tbh. Boombot's cheap so Razes can buy it more, but it does less damage which means it isn't as annoying as before, and especially not an instakill on armourless players.

It costs 100 credits less, which will feel nice. The boombot gets destroyed 99% of the time at higher ranks anyway. The main purpose of boombot isn't for the damage.

Is a buff in early game and and nerf once economy is stabilized. It makes it less dominant, if you’re winning it’s a nerf if you’re loosing it’s a buff

I wasn't playing Cypher at all XD
So it's going to be like "Reject Killjoy, start to learn Cypher"

I have been waiting for the Brim ult to break Sage wall for so long. It didn't make sense at all not to be able to break it with literal Lava.

as much as i love you valorant:

is this patch going to be played in berlin? 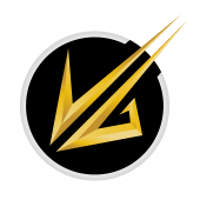 only thing I care is the new skins and battlepass

Why they keep buffing breach and not nerf skye.
It's annoying in 4 out of 5 games there always skye.

Still not happy about the VP price increase.