I might get hate for this but it's OK.

someone with brain pog

orrr we can see what happens here

but if you watched the games~ meddo had a lot of impact kills that won them rounds. Mixwell is the jett player but just is playing to passive.

I hate that ppl shit on meddo to defend mixwell. Meddo may had a negativ statline, but the kills he managed to get where mostly high impact-frags, (roundwinners) + as a sentinel he‘s not the one obligated to frag out and create space. In addition to that, hes still relatively new to the roaster and has to adapt to G2’s playstyle. Mixwell is a great player, but is just not the right fit for the aggressive role of Jett. Imo its not bout the players, but more about the roles they played. Nukkye on viper and sova just seemed very uncomfortable. Same goes for mixwell on jett.

This is it. Mixwell has toyed with some other agents, and he's ok at it, but meddo has his role and is good at it. He has the mentality for sentinel/support play.

This move seems to indicate that G2 has finally realized that cracked aim isn't the win condition in valorant. A Jett play is more than just an aimbot, they have to have the mentality and the vision to steel contested space and split the opposition's focus at entry points.

It's hard to argue that mixwell has this mentality. He plays like a classic AWPer. More of a Chamber player than a Jett.

It not about the player , its about the team as all come down to teamplay
idk they can still perform well as a team

I think nukkye is the problem

im the problem, bench me

We all are the problem

Meddo is still playing better than how Mixwell played in sentinels in LCQ.
I still remember him farming fnatic in stage 3 but teams were rushing him in LCQ and getting free sites which is not good because mix can’t anchor
G2 should free him and let him play in spanish vrl that’ll earn them fans 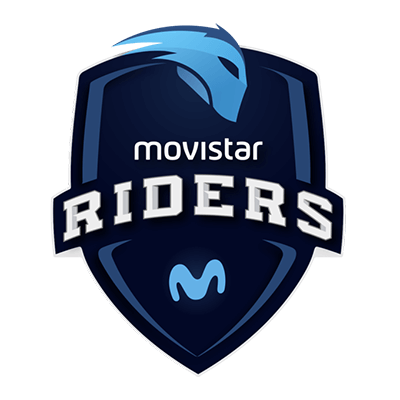 I don't think so, when Mixwell has been playing sentinels he was top fragger (Not always but in some of them) and had a lot of impact in the match, and in my opinion, meddo don't play very well in the last matches, that doesn't mean that is a bad player and have the fault about the loosing, in fact, I think they lose because they don't prepare very well the matches tactically speaking because I don't see a lot of micro and macros and all the players seem that they are not playing for anything like the are lost in the match.

That's just my opinion and i respect all opinions as long as they are respectful.

Mixwell had a high impact on Killjoy, and he barely played Cypher, actually first timed it in tournament once

They are giving meddo time I guess, cant just bench a guy after 4 maps

yh idk why everyone complaining about medo he got like a 0.9 kd which isnt good but its not terrible for a cypher player

Obviously, that guy doesn't play the lasts matches very well but I think that the team needs time to get better results, I mean, in the beginning, when Pipson was in Giants, Giants didn't win a lot of matches, in fact they lose a lot of them, but with the time they were one of the bests roster in eu, and that's what I think is going to happen to G2, but If you bench the captain and IGL in the first event, is very hard to get good results

Wtf u talking about? Meddo just joined the team. I know he wasn't a star player when playing for Giants. But u can't just sign a player and bench him after 2 games.

If truly mixell was the problem, g2 bench him since they bench kolda/keloqz. This decision imo its a meme, yeah, maybe prove he with support role, nukkye back to second entry keloqz jett and meddo maybe the sub ot something like that ikd...

That's what they should do in my opin

waited months for this to happend :)

I am pretty sure everything that happened in G2s Val Roster is the idea or wish of m1xwell himself. G2 would absolutely look like a Clown Team if they would Bench freshly signed Players just after of 2 Games and some Players like nukkye and m1xwell get always away with murder. You can't just get a third Roster of your wish and still don't deliver what the Org asked you to deliver. It was necessary to bench him for this stuff and even drop him later. Some teams just waste time and potential by believing to much in a single Person even knowing hes not someone who has a beast inside of him. What you're seeing of m1xwell is the very best you could ever see from him so keeping him as a Leader or whatever is just wrong. To me he always looks like he just slept 3 hours and is never on full power and even his Fridge full of Redbulls can't fix this issue. I see no reason to keep him in the G2 Team. Also the reason some Teams keep some Players is just tactical. They don't want this guys to play against them or whatever.

G2 is fully overrated like Sentinels or even TSM. They had a short period of winning like everything and that was just because they just had the right Players at the right time and nothing else. TSM won't win anything with Subroza or Wardell. G2 won't win anything with a m1xwell or nukkye and Sentinels will never ever make it out of Groups with ShahZam, zombs and TenZ.

Finding out is free. Just wait and see.

I only wish that Mixwell go for another team, I don't want to see him 1 year in the bench.

He might like it. Playing Ranked, farming Subs from Latam and Spainish Region and getting a fortune paid by G2.

I think its unfair bench meddo , everyone who watch them play knows he is a insane strong holder, in adition, being sentinel make your stats way worse