The Guard acquire JonahP from Immortals

@TheGuard
Time to rank up.

Welcome our newest Valorant player to The Guard, @JonahP_!

JonahP joined Immortals in June just prior to the start of Stage 3 as the last piece of a roster rebuild. However, the new lineup struggled in Stage 3, failing to advance past the open qualifiers in both Stage 1 and 2 after being gatekept by Pioneers

Immortals have participated in a slew of tier two tournaments since, peaking with a first-place finish at the Community Gaming Premier Series Finale and bronze in the October Knights Monthly.

JonahP joins The Guard as their fourth after the announcement of the initial three early in November.

The Guard now is:

Typical Immortals to throw gems away.

I am referring to their history of dropping promising players. While I understand things don’t work out in the end but their transfer history shows that the constant switching of players is not the way of finding long-term success. Maybe I’m just frustrated at the fact that they are a farm team

I can't believe that they dropped neptune, asuna, and dicey

Immortals had their most success with NaturE as igl tbf

ikr my faith in IMT was at its peak at that time lmfao. 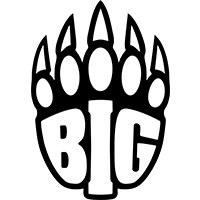 JonahP is cracked, hope he and Guard do well.