Valorant's patch 6.0 brings the newest Lotus map and changes to Split as it reenters the competitive rotation. The two maps will replace Bind and Breeze in the Unrated & Competitive queues.

The full patch notes have been reproduced below. Images of Split's changes can be found in Riot's official blog post.

Split is returning with a few tweaks to make attacking a little easier.

Overall, the changes below should make Ranked Rating gains and losses feel more consistent, and reduce the effect stomps have on your RR. We'll keep a close eye on the data to make additional adjustments as necessary.

Not sure how I feel about the Split changes, they seem kinda pointless

wdym? split is one of the heavy def sided map where 3-9 comeback is really common

Personally that's what I enjoyed about it. It helped the best players shine brighter

personally ive always hated attacking on the map so i'm glad for some of these changes; others do seem kind of pointless (namely A balc and boost box). the others are all good and welcome changes imo

yeah changes are good, just saying they didn't need to make any big ones.

Could someone explain this to me like I'm five?

rank and MMR are two different things. rank is what the game says you are and it's one number, MMR is hidden and it's another number. the objective of the MMR/RR system is to make the two numbers as close as possible.

if MMR > rank, you will get a big RR boost. if rank > MMR, you won't be losing big chunks of RR when you lose but play well 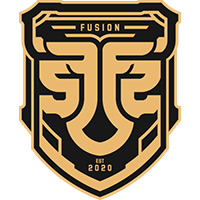 i played 1 game on split and i already hate my life, ended defense with 9-3 only to lose 11-13 :D
all maps require a team effort but on most maps 1 or 2 players can carry if the team is shit
But not on this one, nope u can drop 31 and the score wouldn't change if ur team can't take trades or win a post plant
FUCK SPLIT

also why did you do omen like that riot? f u 2

Prev rank was asc 2 and 5/4 lose in placement matches 3 of them trolled by boosted instalock duelists and placed as plat3 and still playing with ex immo and ascs but losing due than trolls, troll picks, retards... I guess time to uninstall this shit.