How would the Chamber nerf affect him? He was a great Jett player but never top 3 imo and we have seen how jett nerf has affected top top Jett players. Looks like this chamber nerf is even more deadly!

Bro was literally smurfing at Berlin on Jett.

cNed, TenZ, aspas/heat for me

derke was easily better than him

LMFAO how u quote this when we both know tenz was a horrible raze at that time. look at the first map and you see it +13 from tenz vs +5 from yay

You can question his yoru lol or even raze but questioning if tenz was top 3 on pre-nerf Jett is pure blasphemy.

He was top three at both of the LANs in 2021 lol . It was Tenz and Heat and Yay in Berlin and Derke Leaf and Yay at champs

How will making the agent unplayable affect a guy who heavily relied on chamber being broken?
Thats a tough one tbh, gonna have to give it some thought

I would say he was a top 3 jett before chamber. Had a really good performance on jett at masters 3 Berlin on Jett, was the best player of the event along with nats. Also he can play other things and FNS said he wanted to play other things so he'll probably be fine.

wanting to play and being able to play at the highest level are not the same. His OP heavy, slow and patient playstyle made it seem like the agent was tailor made for him and the impact he had with Chamber is so high that you have to question if he can reach the same height with any other agent available rn.

Being the best player itw in terms of mechanics will always help. What if Chamber sucks? Jett isn't bad and he can still dominate on it. In fact if the agent that was meta got less broken it will only help yay. Imagine if the meta was for everyone to play reyna. You're telling Yay couldn't be the best on Reyna? Best mechanical player will always dominate the mechanics based agents.

I wouldn't say that "yay is the best player itw in terms of mechanics" is that true though. He is maybe the most balanced rifle/op but the difference between his mechanics and anyone else in like top 20 or what is really really minimal. Mechanical difference in Valorant isn't even close as clear as it is in CSGO for example (s1mple etc) in top level. And no I don't think that yay would become the best Reyna if she became meta.

I agree that difference in mechanics is very minimal, but I still think that he would be the best without chamber (even though the nerfs don't actually push him out of the meta, just not broken anymore) because he is definitely the best oper in the game and I don't think anyone can argue that really. I exaggerated with reyna because the agent is so simple that the amount of good reynasplayers would be kind of absurd and wouldn't fit yays playstyle.

You are presenting yay=best aimer as a fact when it's not. Yes, he is a great aimer and will find success on other agents as well but the question is can he have the same impact? A lot of players like ScreaM, f0rsaken, Cryo, Aspas, tenz etc can aim on a similar level and aim in this game depend on a lot of factors. He wouldn't be able to abuse a lot factors that were favorable for him on Chamber. It's not like he is unkillable so he would be comfortable taking any fight as he could on chamber.

When I talk about mechanics I don't really mean aim that much. Realistically in valorant aim isn't that important in pro play. Don't get me wrong it can be a difference maker but whats more important is how good the player is at taking higher percentage gunfights for themselves. Thats why Yay is more consistent than any other player because he takes the best fights and doesn't go for bad peaks as much.

So that will be more of a reason why this isn't favorable for him! As a chamber player you can pick and choose what fights to take most of the time when victor could entry and make space for him. On other duelist agents you have to take fights even if they are not favorable for you and it's not as safe. Almost every pro agrees how much punishing and draining it is to play against a good chamber and yay was the best at abusing these advantages so I don't understand how can anyone argue that this patch isn't going to hurt yay!

he would still be great, but c9 will feel this nerf in their bones. the only way the the c9 roster was going to work out was if yay was in peak 2022 form, now, they might struggle.

Honestly, the chamber nerf isn't going to push him out of the meta, even after the increased spread, pro players don't spam with hh, the teleport nerf is going to have some learning curve, but i'm sure they will get around it, the op is going to be less powerful now, but just having an op as an ult is still broken. Honestly, the biggest nerf will be his trip since he can't watch flank while being on the other side of the map, making chamber less valuable as a lurker.

One of only logical takes ive seen. People are like saying chamber is dead but in reality he is just nerfed and his kit is still really good.

I agree with you that Chamber might still not be out of meta cz he would still be the best OP agent since Jett got nerfed indirectly by Cypher buffs but still there's no question that this patch will affect chamber players a lot. The fact that you might have to play double sentinel limits a team in lot of ways.

Because he literally abused chamber to the death ? It's not easy to go back to that Berlin 2021 level , with his mid rifle skills and without his free TP 🥺 . Bro will think twice before peeking now 💀 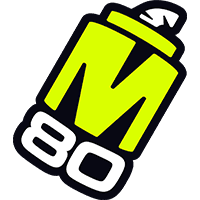 nerf would affect him but he still has great aim

yes but there's no overpowered OP agent in the game anymore! You certainly have to question if can have the same level of impact with the OP anymore.