Riot's competitive team have unveiled Premier, the new in-game competitive game mode that will link the casual and the competitive community. With Premier, Riot want to allow the entire playerbase to experience Valorant the same way VCT pros do.

Premier was first teased back in April, when the 2023 esports model was revealed. It will be a grassroots way to provide players with rewards that surpass those of the ranked system and, eventually, funnel them into the larger competitive structure.

The new mode will work akin to League of Legends' Clash system. Players will be able to create or join a team of five and battle against teams of similar level in an in-game tournament. Teams will be placed in a division to play a persistent season, which includes weekly matches and tournaments. Each season will last a few weeks and conclude with an end-of-season tournament, where the teams with the most points will fight for the title of Division Champion. 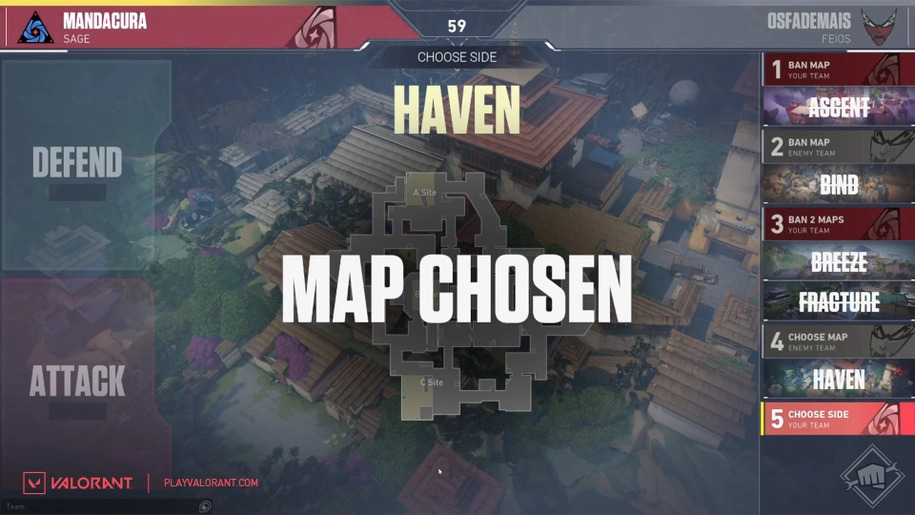 Premier will first be rolled out next week, exclusively in Brazil. This first trial will be key in testing team creation (which includes logos and colors), server load, tournament play (with picks and bans), Premier Score (and qualifying for an end-of-season tournament), matchmaking and queue health, and general bugs.

As a first broad test, the first public edition of Premier will be merely an Alpha version. Riot estimates Premier to be at about 60% of its planned features and functionality. Entire features are absent from the current version. While Riot haven't revealed when the Alpha test will end, the developer has promised more news after the first trial is over. 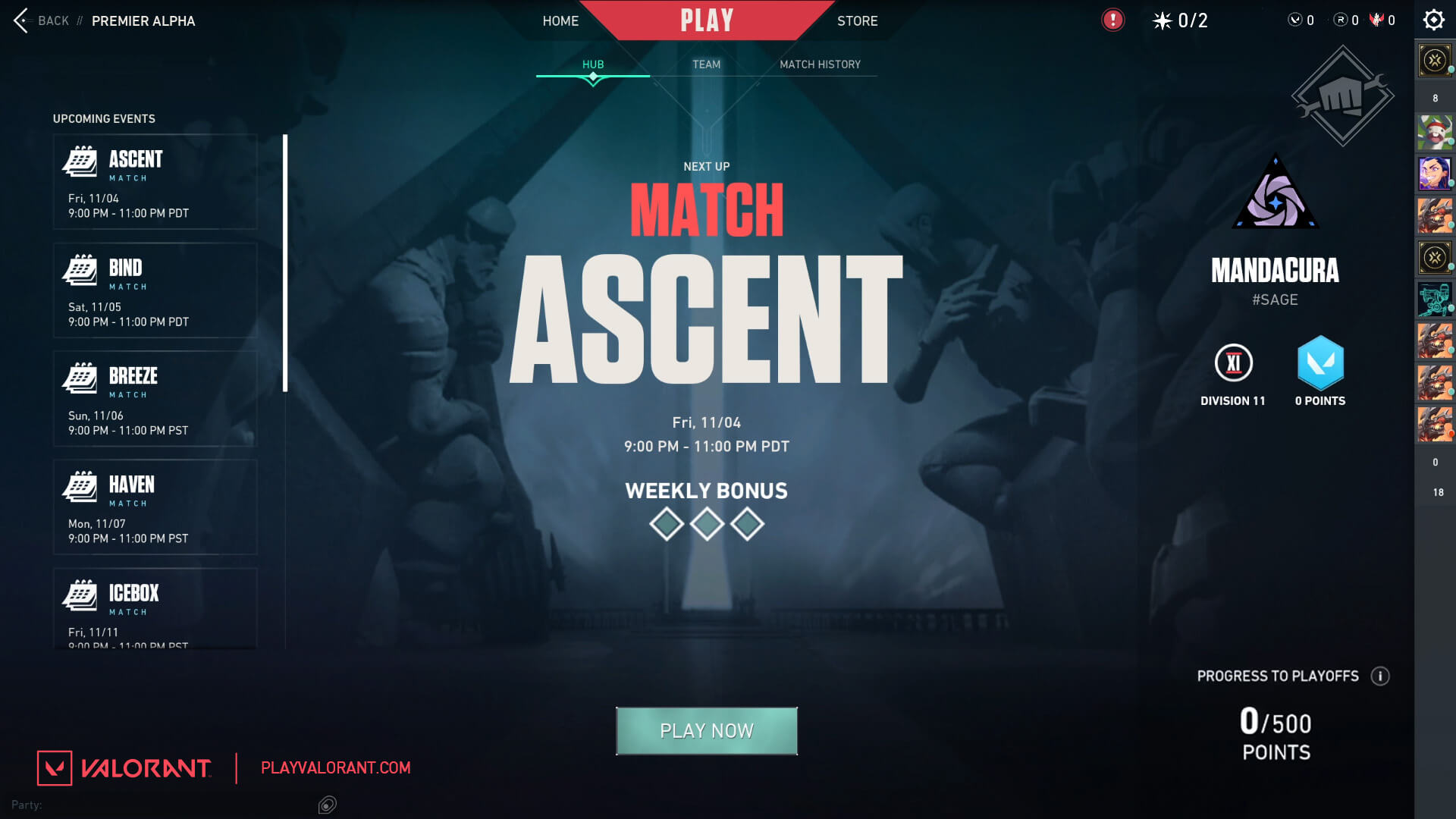 W from rito and Eutalyx

Hope they keep the "9 to 11 PM" schedule like its shown in the screenshot.

They already have some kind of experience considering they have "Clash" on LoL, which is basically tournaments, so i dont think they´ll mess it up. Hope im not proven wrong 💀

If they do fuck it up, i'll remember that you jinxed it XD

is this clash thing good? or is it played like ranked or smth?

super fun to play in leauge , its more competitive and you get some ingame rewards in lol like a capsule containing skins based on how many games u wont etc , but leauges clash is fucked now due to a large amount of smurfs just roflstomping their way through matches

we play with random ppl or full 5 party?

well in clash u can "pug" ppl or u get a group of 5 friends together , rank of the 5 friends does not matter at all and u get fairly well matched in terms of opponents skill lvl

I have a feeling people gonna smurf in lower rank divisions and ruin it, wonder what they will do to stop it. But I hope it works; sounds like fun.

Since my schedule is fucked. I wonder if we will be able to input preferences to play. Or will it always be friday to sunday? Anyhow, W article

Not sure about this system tho. I know it's the nature of online gaming, but when there's rank or something else at stake, people just starts to act more weird than before: smurfs, toxic people who are obsessed with winning at all cost like their life depends on it, etc.

I don't know any game that has this kind of system actually working good.

It's not a system that will be 24/7. It will be each 15 days or even more just like League Clash. It won't affect rankeds at all...

Maybe i should rephrase it to "competing for earn something", in this case qualifying for a tournament, winning a division, etc. Rank was kind of an example.

I think rather saying the competitive system is what makes people toxic, it’s more so the immaturity of the people themselves, no?

In any type of game or sports of competitive nature, there will always be stakes. It’s up to the players themselves to understand how to deal with losses and conduct good sportsmanship. Toxicity is fuelled by people’s inability to do that, not the competitive system built by Riot.

Gotta remember that you are picking your own team, it's not like you will be paired with random players

time to get back on my grind

if only i had friends

can a team have a sub? or is it just 5 players only

there should be rank requirements to avoid smurfs/bad matchmaking right?