@C9VAL
Our journey has been full of exciting stories and cheerful moments. We wish you nothing but the utmost best and will always be there cheering for your success!

mitch was the third player to join Cloud9's ranks after the additions of Tyson "TenZ" Ngo and Skyler "Relyks" Weaver. With the first iteration of the roster filled with former CS:GO talent, they proved themselves as part of North America's upper echelon of teams, winning the EsportsDoug x eUnited Charity Clash and earning podium finishes in a number of other events that year. However, the team's performances began to dip at the end of the year, which prompted a rebuild going into 2021.

The Cloud9 roster was eventually overhauled in the early months of 2021, with mitch as the only remaining member from the original roster, and was completed with the signings of Ricky "floppy" Kemery and Son "xeta" Seon-ho (손선호). Cloud9 remained an elite North American team going into the 2021 VCT competition year, only falling short to a Sentinels

Cloud9 eventually set their sights on the LCQ to clinch their first international tournament berth, and after a grueling lower bracket run initiated by an upper semifinals loss to Rise

Against the best the world had to offer, Cloud9 surprised many by being the only North American team to qualify for the playoffs, which was done off the back of a 2-1 win over Vision Strikers 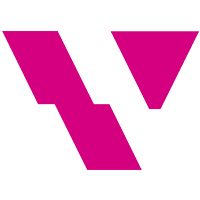 In 2022, Cloud9 kicked off the VCT year by dominating their group in the Stage 1 Challengers group stage, but fell short in the main event once again when spots on the world stage were up for grabs. They were knocked to the lower bracket by OpTic Gaming

OpTic Gaming Inactive and eventually eliminated from Masters 1: Reykjavik contention by The Guard

Unfortunately, the team's impressive showing in Stage 1 didn't replicate itself in Stage 2 challengers, as C9 finished fifth in their group in the group stage, outside of playoff qualification. C9 also failed to replicate their 2021 NA LCQ result in the 2022 NA LCQ, finishing in fourth place and prematurely ending the team's 2022 competition year.

In late September, mitch and Rahul "curry" Nemani both announced that they were looking for new options outside of Cloud9 as restricted free agents. The organization is reportedly going to add former OpTic duelist Jaccob "yay" Whiteaker and former Sentinels and Version1 player Jordan "Zellsis" Montemurro to their roster for the 2023 franchised league, according to reports from Dot Esports.

The roster of Cloud9

Sadge but good luck to him

Maybe Tenz leaves SEN to form an Ascension team with his ex-teammate, Mitch?

Nah he ain't doin it , if i was tenz then I'll do content and live a happy life because the amount of bread that guy makes is insane no

if im already making that amount of bread i would not be satisfied in life and would want to seek some competitive success.

Brotha i respect your drive but that bread takes a lot of hardwork too, nobody would be willing to grind 8 hrs a day in prac and other things when you can just enjoy your life to the fullest just by streaming but that's just me but let's see if rob Moore doesn't renew tenz contract i will just start a fucking revolution around sentinels and remember that

try not to make the worst takes

ok i will try my best

Sadge, guy came a long way and was always consistent

The most consistent player in C9 got out. Sadge