I noticed that AP is getting a lotta love from vlr so I just wanted to spread that love to other systems and wish IB students (or the people who took the IB exam) good luck on their summer report cards/exam results :) (no hate to AP tho. They are both really good education systems)

You guys getting results? My lecturers on strike and won't release until August while I enjoy my time in Copenhagen KEKW.

bruh I got my Summer report card like a week ago 💀💀

L for me then. 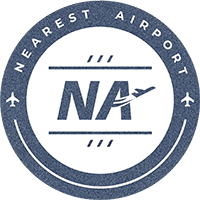 UK W because their teachers can actually get living wages

they certainly make a livable wage, whether or not they get paid enough is one thing, but dont say they dont make livable wages considering many do not, and the teacher profession is not one of those

are u stupid?? teachers in the us can make up to 150,000 dollars yearly as they continue to be a teacher

Don't the people in Geneva release results on July 6th online if you took your May session exams recently? Or are you talking about A levels?

in my experience living in the midwest and on the east coast AP is 10X better than IB and transfers to colleges much more easily. Fuck college board tho

yeah I think that AP is way more popular in America than IB is but then in Europe its the opposite and IB is more popular than AP. Still, they're both very good and can both get you to good colleges

yeah its here in Middle East and in Europe too. Idk about other regions tho but its prolly there too

its just the names of advanced classes people take, like gifted/honors classes but harder, IB and AP giv college credit if u pass the final exam, hence why their exam scores are a big deal

also no love for AP, I do it as there's no other option in my school but fuck collegeboard

IB is International Baccalaureate, an international high school system used in various schools all over the world. It has a lot of wacky "special" assignments, subjects and requirements for completion, and it's very academically demanding.

what is an example of a wacky assignment?

also does it cost money like AP or is it free

depends, some public schools offer it, most do not, in my county, only one highschool offers it, and if u are low income my county will pay for your expenses. the only money u pay is the extra stuff, like an field trips or cost of projects or stuff like that, lab fees, but ultimately ur public school gets extra money from the government for the amount of people taking those classes.

for every subject you take (typically 6 but max 7), you have to do what is called an Internal Assessment (IA), or an equivalent but differently named assignment for languages, and the grade from that is a part of your final grade, along with the final exam grade. idk if this is very different from other systems across the world, but here in Finland at the "regular" high school, only the final exam grade matters for the diploma grade so that was very different for me.
There's also what's called CAS (creativity, action, service), where you have to do 50h of extracurricular stuff for each of those categories, so 150h total. you do this over the 2 years of the diploma programme, and then you have to write short reflections after.
Another big thing is the Extended Essay (EE), which is a 4000 word essay you need to write about a topic of your choice (for example, i wrote mine on the portrayal and representation of mental illnesses in two sitcom shows) and that also gets graded for your final diploma
The last one i can think of now is TOK (Theory of Knowledge), which is an extra subject mandatory for all IB students and is... the definition of wacky, really. think philosophy but on drugs, and specifically about what it means to know something and how knowledge can be defined. it has its own graded assignments, which are notoriously difficult.

the only costs i had were the final exam fees (about 500€), but high school in general is free in finland so that's why. some IB schools around the world have super high tuition fees.

EDIT: oh and a big thing is that the IB is only offered in a few languages worldwide, so despite living in finland and speaking finnish natively, taking the IB meant i had to do high school in english (and study english as if it was my native language instead of a foreign one like i had until that point in middle and elementary school). as a result i have a "bilingual diploma" which acknowledges my fluency in english and would enable me to skip a language test if i were to apply to a university in an english-speaking country.

to me AP sounds better because I'm lazy asf and 4,000 words is a long essay lol

understandable. i really enjoyed my IB experience, but that had a lot to do with the fact that the IB section in my school was rly small and our class was very tight-knit. made all the pain bearable lol

In my high school anyone could choose to take whatever class they wanted (honors, standard, or AP) given that they had taken all nevessary prerequisite classes, but basically the same people that took one AP class took the rest in the same category

IB is only good if u wanna go ivy league from my experience. id rather get the college credits towards my major if possible

was forced to take IB at my school even though I'm in NYC and APs are probably more valuable as education... had some VERY fun times in IB if ykwim