ratio+ Game changer players own you

yo just want to say, ur bread thing(naan for us) sucks, when i went to Iran, i had a bread crisis

if you think naan sucks your opinion is dogshit and no one should ever listen to you.

no no no, i didnt say naan, im saying their version of bread(it dries like really fast), naan is top tier 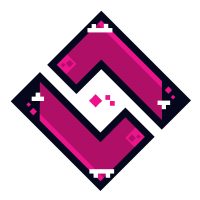 you guys really shittin on them by calling them plats but in reality they are basically low immortals, Im a low immortal myself (8k-10k ranks) and I have played against professional teams (ofc all radiants) in some open qualifiers and have been destroyed so yes some of you might think there isnt a huge difference between immortal and radiant but there is, most game changer players are in fact immortal players, yes some are radiant but they also seem to have low immortal skillset plus its really hard for these guys, their playtime in fps games are usually less than their male counterparts plus not many top tier teams are ready to scrim/practice with female teams so they lack experience too, they keep playing against other female teams who have similar or even worse skillset and thats why even random 5stacks of radiant players (or high immortals even) can beat most game changers teams, it doest mean they are bad, they just have to face waay more challenges than us so stop spreading hate to them, they are receiving salaries playing the game they love meanwhile all of us are here in a website talking about them so yea they are better than us anyway

they aren't going to have sex with you bro

I dont go around stating facts hoping they will have sex with me, in fact I wasnt praising them either, I called them worse than men yes but its the truth, but not like you golds can go around shit talking them, they are trying their best and are overcoming the challenges they face and they definitely deserve praise for that, cringe kids like you who go around the internet calling people simps etc simply for supporting women are truly hopeless

we can tell you have never touched a woman before

since the competiton is comparitively less lower ranks players might also qualify for tournaments sometimes but none of them makes it to the top, all the "pro" female teams are made of immortal/radiant players