Cloud9 have parted ways with Kim " DoYa " Do-gyeong, Kang " Try " Tae-wook, and Yoo " Moothie " Seung-Woo from their Korean roster. All three players were a part of the original Cloud9 Korea

@Cloud9
Although their time here was short, @cloud9_try, @DoYa_vlrt, and @Moothie_e have contributed a lot to the progress of the #C9VALKR team.

The three players are all notably former professional battle royale players, with Moothie originally coming from a career in Apex Legends, with Try and DoYa moving over from PUBG.

In their recent two months of competition, Cloud9 Korea have yet to make a grand finals appearance. While the team did not make an appearance in the Ignition Series, they were one of the four teams to qualify for the A.W.E.M. Asia Invitational playoffs, but fell in the quarterfinals to rival Korean team T1 Korea 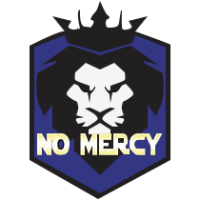 While BuZz has updated their social media to include Cloud9, the organization has yet to announce their new roster.

xeta should be huge upgrade

he is a huge upgrade, he show this yesterday and i think he will do it again today