According to a newly-released report from Aaran "Halo" Brown, Ninjas in Pyjamas

In the report, Halo's sources claim that the organization have signed Saif " Sayf " Jibraeel to the roster, with the French duo of Damien " HyP " Souville and Enzo " Enzo " Mestari being moved off the team's active roster.

A complimentary report subsequently released by neL of 1pv.fr independently verifies the details of Halo's initial report. However, the French publication's report also adds that NiP are in the process of trialing Entropiq 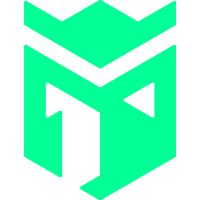 Despite NiP's consistent placements within the European Ignition Series, the roster has struggled to achieve a grand finals run. In the EU Ignition Series, NiP secured three semifinals placements and two 4th place finishes, and were unable to secure a map win in the latest BLAST Twitch Invitational.

I feel like Hyp did better than crea, idk when i watched crea at BLAST i felt like he's not really on point and made some stupid decisions, but we'll see in the end they are pro and im not, so yea

CREA seems to only be able to carry against lower level teams who have not "studied" him. He plays an extremely risky omen that was effective in the early game when people weren't "wise to his tricks", but often just throws the round nowadays.

Happy for chiwawa , he really deserves! One of the strongest and underrated players in EU

sad to see Fearoth go.. was expecting a lot from him tbh

How are they going to compose the team now? I assume chiwawa will take over Cypher/KJ from HyP, but Fearoth and sayf don't really seem to overlap that much in terms of agent selection?

i hate the HyP cunt since the dafran drama, glad he is gone already

One of the tourney where dafran was still standing in playing with mixwell and scream changed the time of one of their matches. Apparently the players did not know, so the French team was asking for a forfeit from their side but the organizers settled for a 1 map advantage, Hyp and Dafran started arguing on twitter and on stream and Dafran went a bit overboard, insulting the organizers as well as the team on stream so he got banned from all solary tourneys

how is this a downgrade :D