Remember last year when SMB ran it down with 5 red dragon vandals and owned everyone online only to become the most predictable and clueless team on lan
And Fut who just won VRL to flop this tourney
BBL with a new player every tournament with a lot of hype and still being disappointing
Parla isn't any different, come back next tournament

only to become the most predictable and clueless team on lan

Lil bro they looked way better online and prx was shit in 2021 with shibal. And what happened to them after that? LUL 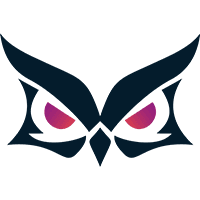 and we have 100% win rate against international teams

when u had gambit and 100t with havan liberty and crazy racoons
and envy had a group with a kru where keznit was playing shit , 2021 zeta and vivo keyd

when u look at the groups , they were clearly in the group of death

fucked by the format

we played 3 time against acend in that tournament

now that i saw they are getting oblitareted in ascent i think you are right... parla are absoletely trash