JoshRT has announced that Prospects 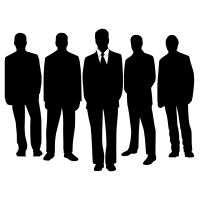 Disbanding the @ProspectsGG team and looking for opportunities for @BxbyJ_ and myself but also open to individual offers. I can fulfill any initiators/controller role and can igl/secondary. HMU ??

Moving over from the CS:GO scene, the team has played with several different rosters under the Prospects name, with JoshRT, BabyJ and dicey becoming their most consistent members in large events. All three have played together since June.

Prospects have competed against teams signed to organizations in multiple tournaments, but have failed to find their breakthrough match. Their best win was over _Cloud9_ in the T1 x Nerd Street Gamers Showdown, an Ignition Series event.

JoshRT left open the possibility of him and BabyJ merging with another roster and keeping the Prospects name.

Prospects were scheduled to compete in the qualifiers for the FaZe Clan Invitational and the Pittsburgh Knights Valorant Invitational Gauntlet Series. JoshRT has not yet clarified if he and BabyJ will compete on a temporary roster for this weekend's qualifiers or if the team will be disbanding before competing in these tournaments.