"They were three steps ahead" — Behind X10 Esports' crowning moment

The grand finals for the first-ever Masters SEA were set, a journey that began with qualifiers from five bustling regions in Asia. As the Southeast Asian scene begins to grow in size and talent, the two teams that reached the grand finals knew they had a vital title on the line.

On one side, there was X10 Esports 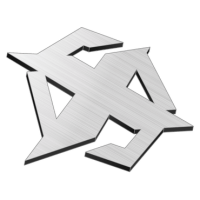 X10 Esports Asia-Pacific Rank #2 Crws Team Mahatthananuyut foxz sScary Sushiboys Patiphan Patiphan Chaiwong . Many have thought across SEA that they were going to be the ones who will win it all. Widely considered as Thailand's best, their qualification for the Masters didn't come as a surprise to many. They were dominant throughout Challengers Thailand and even with their qualification coming in later than everyone had expected, the team wasn't stopping for anything and they certainly weren't going to take their future SEA opponents lightly as well.

"I personally think that every game is really, really important because it's Masters," Team "Crws" Mahatthananuyut said. "And we weren't focused on who you were playing against, whether it was NXL, KPC, we just wanted to bring out our A-game."

X10 went on an undefeated run on the way to the grand finals, breezing through NXL and KPC. They didn't concede a single map along their path, but when the team was faced with certain moments that showed their vulnerabilities, Crws knew in those situations, they need to stay in the game and push onward.

"There were times in the game where we felt like, it's really tough. But then we were all focused all game, so I would say it was just about focusing on our team."

On the other side of the court, there was Team SMG 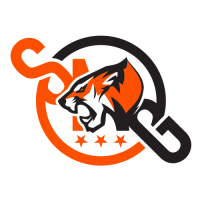 Team SMG Asia-Pacific Rank #7 Egoist Javier Chua JdFaker Joshua Fok ZesBeeW Sha Mohtar falfalfal Alex Cheang LEXY Jun Hao Xavier , a team that wasn't supposed to be in the Masters. In their region's qualifier, SMG had fallen short of the chance just days before the Masters. But when the winning team was disqualified, they were shifted straight into the spotlight. All eyes were on them to perform.

With their second chance, however, came some concerns. They didn't have as much preparation as they would've liked. They only had three days until their first match.

"The time for preparation was shorter than what we would have desired as the notice came in 2 days after the Challengers finals," Joshua "JdFaker" Fok remarked. "It was difficult to find teams to scrim against as they were fully booked throughout the week and there was little time to review our opponents for the Masters."

Nonetheless, SMG still came into the Masters fangs out, even with the borrowed time offered by the last-minute ruling. "We did what we could with the short amount of time given."

Nobody had high expectations for them, being the drop-in replacement team. Even with their strengths, it would still be a herculean task for them in order to reach the grand finals. Their journey wasn't as flawless and spectacular as X10 was, but against all odds, they made it. And for Jdfaker and company, it was a wish come true.

Going into the event, SMG's sights were set on a rematch with X10, as "the ones who ended our win streak in competitive play." Many moons before, the Singaporean team were eliminated by X10 in the SEA Fire Championship, an event X10 would go on to win. Usurping X10 would bring with it the prestige of the best team in SEA, a goal that SMG sought to take for themselves.

The stage was set. The teams were ready. But what happens afterward not only gave X10 the surprise they didn't expect but also for those who were watching. X10 Esports were down 1-2 against Team SMG. A back and forth victory in Icebox and Split for SMG; Bind for X10. The Thai team was on the brink of losing the grand finals — and Crws realized that.

The team had prepared for the match the same they usually do. "It was the same as always. And I think that's why the game was really tough for us. Because we did it in the same manner, we treat it as just another game, not like the finals. It made them do so much more homework than we did."

Crws was impressed by how SMG was effectively beating them up until that point. "It's obvious that they did a lot of homework on our gameplay, we have some strats, and they were three steps ahead." The team was cornered on Ascent, one of SMG's strongest maps with a 76% win-rate in 2021.

Down 9-3 on Ascent, X10 refocused, with Narongrit "Pooh1Tap" Sae-hun leading the Thai team through an intense 13-10 reverse sweep, clutching two 1v1 situations in the half. With SMG knocked off-balance and X10 gaining momentum, Pooh1Tap's squad crushed SMG's attempts to mount a comeback on Haven, taking the map 13-9 and closing the series 3-2.

For Team SMG, their Cinderella story was over, their expectations were more than surpassed, they were shattered. And for Jdfaker, he was happy with the outcome nonetheless.

"Despite the results, I feel that our team performed exceptionally well as we were only 4 rounds away from taking the series 3-1. We gave it all till the end and we would like to congratulate X10 Esports for winning the finals."

Crws however, wasn't planning on taking it slow after their big win. Their next target? Reykjavik. "We were happy about winning the tournament, but then we are still focused on getting to Challengers on and being able to be the team playing at Iceland in the next Masters."

With the team solidly within the upper echelon of the SEA scene, X10 seek experience against international teams, noting the stylistic differences between regions. On LAN, "we'll see like how each team from each region deal with different styles of play and we'll see which team is capable of adapting to most [of the playstyles]."

Abroad, Crws and his teammates have their eyes on going head-to-head with Vision Strikers or Sentinels in a LAN setting. "I really want to prove ourselves that this scene is capable of actually competing against them."

And for those who dare to sleep on them? You might just be proven wrong when the time comes.

ech0 contributed with interviews for this story.