THEY FUCKING DID IT BOYS

Every partnered team will be on-site in Sao Paulo, Brazil for three weeks of high-stakes competition. We’ll meet the new rosters, birth new rivalries, and get an early look of who truly won the offseason.

For those who partner with Riot, their season will begin in February with a kick-off tournament that will be held in São Paulo, Brazil. This three-week-long tournament will feature all 30 teams to crown a champion. The winner of this event will secure an extra slot at Masters, which will be held in June, for their respective international league. (just like how masters 3 -> champions)

this is actually sick

who are u lil bro

no way that goes well lol

That is so fucking cool

They to coming to Brazil 😀 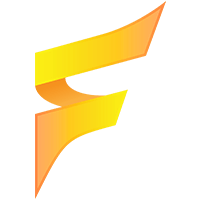 So? Marved is Vietnamese so Optic had many fan in Vietnam

nah im actually a fan of loud tho. I have a liking for sacy and aspas just crazy

Rito also do some shit right

thats what I was thinking lol

THAT 3 WEEK IS GONNA BE A FEAST HOLY SHIT