With the Valorant Champions Tour set to begin this year, Riot quietly released an updated iteration of the Global Competition Policy before the end of 2020. Alongside the multiple changes to the rulebook, including a new section outlining the use of exploits, the update also introduced the Concurrent Ownership Policy, which will go into effect on February 1, 2021.

The purpose of the document is to outline restrictions and guidelines to curb issues that could arise from individuals or organizations holding interest in more than one competing team.

While the policy is broad in scope and designed to be interpreted "broadly by its spirit rather than strictly by its form," the document does include exceptions to the policy, including one related to women's teams:

[...] in the interest of promoting and developing the women's professional player base, an Esports Organization may own and operate a Secondary Team that is a Women's Team without creating a Concurrent Ownership Conflict.

The policy exception falls in line with Riot's efforts to develop female talent in the Valorant scene. During the Ignition Series, Riot sponsored the FTW Summer Showdown, a female-only event. The event was officially added into the series and had its prize pool boosted to $50,000, the max prize pool for Ignition Series events. 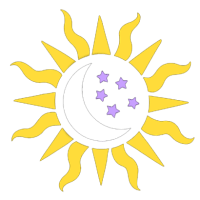 With the new policy put in place, Cloud9 White is set to compete in the Valorant Champions Tour circuit alongside Cloud9 Blue, with both teams possibly clashing in the upcoming year.

Excites for C9 white because they have actually been working hard to improve over the player break (Mel is learning from steel). But idk how other female teams will stack up if they're just thrown into tier 1 and 2. GL though

"Mel is learning from steel" lmao! you know steel is the guy who got carried to radiant, right? he struggled really hard when he didnt get the carrie! they wiped the ground with that guy when he solo q'd and he lost like tons of matches in a row until they boosted him to radiant... the rank that almost never drops since win lose win lose enough to keep it... steel is a joke and i dont know what someone could learn from a guy like this...

You do realize that Steel is one of the best sentinels in the game right now and that Ranked performance in no way indicates tournament performance and overall skill right?

wow he won a first strike tournament... you do realize hes the weakest player in the team? if youd take out hiko from 100T they could do nothing without him! and what makes you think they are good when they won the first major tournament? its not like this game has the best gamers and i guess you also feel it, many teams dont take this game as serious as csgo. right now we only have retired and for the csgo pro scene uninteresting players in valorant. for the pros its just fun or better said a chance to be a twitch streamer since theres no real challenge and 100T was the only team in NA FS who trained together (boot camp) while other teams was enjoying free time and some lost their family members. you cant tell this tournament was taken serious. its to early to call a team good since this games pro scene havent even started yet. but it makes no sense to talk about this if you have steel wallpapers on your phone... hes still trash and takes the game to serious, thats all. if i say hes trash, i dont mean hes silver. he just knows a few tricks from cs and thats it. i could write a book about this guy. i know him from cs and he was never someone special.same like mOE and the funny thing is mOE is better than this tryhard and he doesnt play this game every single day.

First Strike was taken seriously by the majority of teams, the only thing that wasn't taken seriously were matches specifically for seeding. Second, Steel is definitely not the weakest player on the team, in my opinion, that's dicey, he hasn't fully developed into his role on this team. Also if players aren't taking this game as seriously that's their own problem however, if your signed to an org and getting payed to play the game you are most likely taking the game seriously. Also a small testament to Steels skill, the killjoy setup he used on split vs TSM was created on the spot and was very effective and through TSM for a loop. Finally, just because someone isn't special in CS doesn't mean they cant be successful in Valorant, a lot of players in this game are from tier 2 CS.

He's a troll just ignore him

Nice, this is great to strengthen the female scene

Not fair, transgender women have an advantage

We could discuss that in traditional sports, but in esports? I don't see any possible advantage that transgender women have over others.

He's a troll ignore him

so you think women and men esports player are equally good ????

he's trolling
ignore, relax, maybe will be a day that he will be banned, like other trolls

Currently the top female chess player in world ranking is in 84th place. So yes, males most likely have an advatage in esports as well. Also there were some csgo tournaments where female teams were participating as well. They were destroyed

To be fair he got a point.. I dont mind transgender in any sport especially esport but transgender is somthing that is very controversial but that because of a good reason.. Men are most of the time better at sports because of their body structure. In esport its more about the mind and how you use it but there is still things that the male body is better at so if a female wants to reach the same level in professionell esport she needs to work twice as hard whilist a transgender might not have to.

But theres really nothing you can do about you cant just ban transgender to compete that would just be stupid so using the preferred gender makes most sense.

This is a great change, but it makes me sad because it makes it really unlikely for a mixed team to form. Probably better for the overall health of game, maybe in a few years.