All players and staff of Mamba Mode Gaming 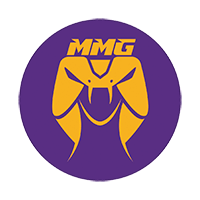 Those posts cited an Occupational Abandonment clause in their contracts allowing the players and staff members to void their contracts. MMG Socials Manager Jamie "Cad" Albright says the clause allows the players to automatically terminate the contract in the event the owner of the organization has been absent for three consecutive business days without any notification. He says the team last had contact with Ren on December 20.

This applied to all contracted players and staff. "All the players will be going their separate ways, including our manager Creed, and our coach Kevin. The academy team will stay together under the 'Baby Monkies' banner, being managed by Lorenzo. The Rocket League and staff sides of MMG will be disbanding as well."

At the time of writing, the Mamba Mode Gaming account has not taken down the post from the players and staff and the team's CEO has not publicly responded to the accusations and has not posted on Twitter since December 14.

Additionally, the team received invites to the upcoming $25k Nerd Street Gamers Winter Championship and $10k Complexity x NSG Invitational but were unable to accept the invites because they were sent to Ren's email, which the team could not access. While the team's manager, Creed, was eventually able to get in contact with the NSG admins, Cad says the team currently has no plans to play together in either event and are unsure how the invites will be handled.

The team's players, coach, and manager are now all free agents looking for a new team.

I remember seeing really similar stuff happening in OW. It’s a shame small org players just get abused like that with little protections.

I know, it's unfortunately always been a problem with small "no-name" organizations