This is Sentinels' fifth straight championship in a VCT main event appearance — only falling short in the qualifiers for Stage 2: Challengers 1 since winning Masters 1. XSET's loss marks their second straight runner-up finish in a Challengers appearance.

The match started with a commanding Haven attack half for XSET, who jumped ahead to an 8-2 lead. They pushed that advantage to reach match point at a comfortable 12-7. But, for just a few minutes, Hunter "SicK" Mims made it appear as if a Sentinels comeback was possible.

SicK's eight kills in these two rounds made up just under half of his 17 kills across the map.

Sentinels responded in turn on the second map, Breeze, by jumping out to a 6-0 lead. They eventually closed out the map 13-7. SicK carried his momentum built near the end of Haven into Breeze, dominating the server with a 24/12 K/D and 318 ACS.

Icebox was the closet map of the match. Each team traded momentum back-and-forth throughout, but Sentinels built a small amount of breathing room by the end with a 12-10 lead. XSET, however, wasn't going to back down without a fight.

Bryce "PureR" Lovell clutched out a 1v2 in Round 23 to bring XSET within one round of forcing overtime. Then, Jordan "AYRIN" He followed up his teammate's performance with a 1v2 clutch of his own to actually force overtime. Unfortunately, XSET couldn't close out the map the same way they closed out those two rounds, and lost Icebox 14-12.

PureR refused to swing on dapr until he was ready to. AYRIN made it look just like shooting fish in a green chemical cloud.

Ascent proved to be almost as close as Icebox after the teams entered the final stretch of rounds tied 10-10. But it was Sentinels' turn to show off the clutch ability of their stars. Sentinels ended a four-round XSET win streak with an infuriatingly evasive clutch by Michael "dapr" Gulino in Round 21. Jared "zombs" Gitlin then clutched out a 1v2 in Round 22 to give Sentinels match point. The team opted to waste no time. Sentinels won Round 23 to win Ascent 13-10 and the match 3-1.

Sometimes the best play is just to run away and play peek-a-boo for a bit. XSET were already forcing this round, meaning this clutch effectively ended the series.

Those highlight plays were just some of many throughout the course of the match: there were 18 total clutches in the match, plus 13 4Ks and two aces. Icebox in particular was an exciting map, bringing about the most clutches and multikills. There were 18 clutches and six 4Ks on the map.

Tyson "TenZ" Ngo led the match in ACS with 267 and with the highest +/- at 17 more kills than deaths. He was also +11 on first kills to first deaths, highest in the match. Brendan "BcJ" Jensen led the match in damage at 171 ADR.

Regardless of the results, both teams are qualified for North America's Stage 3 Challengers Final, which will be played with the new agent KAY/O enabled.

Sentinels will just enter the tournament with the higher seed and the greater prize money from their latest victory.

At least it was good to see some cracks. Soniqs and GenG could take maps, XSET won against them. You have to be at your best and Sentinels need an off day, but it's possible. Kinda scary they already look so good on the new map though

Acend vs SEN will be legendary if it happens 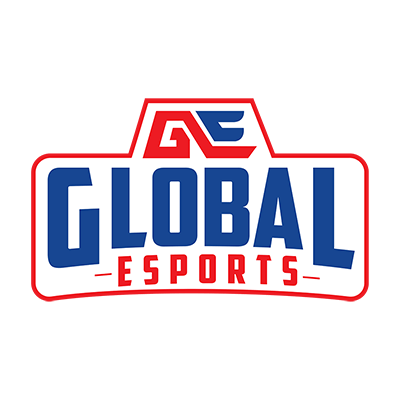 Acend will definitely win Icebox ,ascent and breeze. SEN will win haven, bind . So 3-2 probably unless split comes into play where sen will win

unless all the players are popping off i just dont see acend winning, dont get me wrong i really love the team but sentinels can go toe to toe with them skill wise and sentinels strats are definitely better. Who knows though i could be wrong and they end up getting destroyed

SEN have been performing at the same level as iceland and still were at a brisk of losing a map against fnatic. if you compare only on that level acend has got a really high chance to beat them. As you said idk what happens but im pretty sure they are way redable now and not changing their stuff will give them a rough time

well shahz talked about changing Haven in the post-match interview. Besides, stage 2 challenger Sen looks a lot worse than LAN Sen so who knows.

did you even watch the matches ? this was no way close to the iceland level .sen were whiffing hard and losing aim duels which is one of the strongest part of sen

hmm i focus on the minimap quite a bit so idk

well the meta mightve changed by berlin cuz of kay/o , so who knows

sure if acend can overcome igl diff.

Sen: "Finally a worthy opponent. Our battle will be legendary"
And then there is just cNed as the dragon master lmaoooooooooo

Just hoping that the real good teams from EU don't fall short for the real qualifier like Masters 2. I wanna see Acend, Gambit, and one other team.

I dont really get it, Europe has sent there best teams besides maybe acend wich didnt get to playoffs potentially due to no lower brackets. Fnatic and liquid where both just insanely good in the challengers finals

Good read with a clip vids to support it.

Trust me Acend will get IGL diff'd so bad........ SEN will be more than prepared.

I don't think Acend will get "IGL diffed so bad" but it will be a close fight. Acend will win if they come up with new strats and catch Sen off guard. Lets see who wins.

Both teams have to make it to Berlin first.

shazam is such a tryhard

as is every professional competitors