The announcement leads up to a rework of the Swedish roster following the departure of Saif " Sayf " Jibraeel and coach Emil " eMIL " Sandgren from the roster, with the latter moving to European rival Ninjas in Pyjamas

Now on bonk, draken returns to a fully-Swedish roster, a familiar environment for the former CS:GO player, who primarily played in Swedish powerhouses such as NiP, Fnatic, and Red Reserve.

The player makes a return to the upper echelons of the European Valorant scene, having previously found wins in multiple early tournaments, such as the G2 Esports European Brawl and the Twitch Rivals Launch Showdown.

In late July, draken made his professional Valorant debut with Inferno 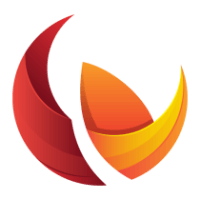 Bonk have been among one of the most highly-anticipated teams in the European scene. However, with the team failing to receive an invite to the highly coveted BLAST Twitch Invitational and the aforementioned roster changes, the team has been reworking its roster for the next wave of Valorant events amidst their continued search for an organization.

The fifth player for bonk has yet to be revealed at this time.

Hope your better at this game draken. :)

Fnatic/Astralis will only sign the best of the best. If this team manages to beat G2 they will get signed, but if they keep getting rekt by them I don't see it happening. Let's see how they perform after they find their fifth

but G2 is a great team, loosing to them doesn't mean they won't be signed, maybe all they need is an org that can provide all things that are needed such as a analyst, coach, and more..

Well, they played 5 maps against G2 and never managed to put 10 rounds in any of those. So their level is not even close to G2. Now they've lost sayf who is atleast their 2nd best player so they are even weaker.

As for the rest, they had emil who literally just became Nip's coach (they didn't have one before), so they weren't mistreated in that regard. G2 don't even have a coach either btw.

They also never played FPX, and it's obvious that FPX > bonk.

So at best bonk is top 3 EU, now with recent changes they'll prob end up top 5-6 with zero prospect of ever besting the top teams (G2, FPX). Why would a top tier org like fnatic who puts an emphasis on winning sign them? Dunno you tell me

But Fish123 got signed by liquid, and they got rekt by G2

We are talking about fnatic, what does that have to do with liquid? Different orgs approach things differently.

Besides, Liquid got a team first and foremost because they secured ScreaM, not because of the fish guys (Liquid co-ceo said it in an interview). It's the same situation as 100T in NA. If the team keeps underperforming they will cut them and keep ScreaM.

ScreaM = 1M followers on twitch / 400K on twitter + Youtube + Instagram AND he's a top 3 rifler in the world => ppl who followed cs on the entire planet know who he is so he offers a lot of benefits just for branding.

Bonk = ...... nothing. They don't offer any benefit other than their performance in game which is good but not exceptional either + there are currently no stakes in the valorant scene.

are you trying to say that scream is "some shitty well known guy" or am i dreaming? omegalul

Not focusing on Scream. Prob one of the best aimer in EU/world. Just meant that fnatic as an example not searching for a guy who is well known but lower standards. So not signing BONK because no one in that team have 1M+ followers is a weird thing.
Then i dont think Scream fits well with the fish123 boys. They need another style of a 5th player. There is some good support players (breach, omen etc) from UK that whould fit better with them.

Yes absolutely, as I said at the beginning of my comment replying to that guy " Different orgs approach things differently.".

Fnatic puts an emphasis on winning and this is why they will never sign a team that doesn't have the potential to be top 1. So current bonk ain't it, maybe they will take a couple players from them tho

So you think that Fnatic won't pick up a good team, that lost to G2
Plz most teams lose to G2.
I mean i guess you're right with ScreaM, and Liquid will still just keep throwing money at the problems.
But still Bonk has so many star players, that it's hard to see them not get signed by Fnatic/Astralis
or some other big org.

Losing to G2 isnt a shame either. Beacuse no one have took a W vs them in a bo3. So losing to G2 will not make a org not sign them

truue, forgot but still it pretty much a bo3 if they won both maps :D

I read that they received offers from other orgs but rejected, apparently they asked for too much.

Think only yacine has potential to be star player, honestly not impressed with what's left of that team

But yeah ur kinda right, cuz techinically G2 and FPX are basicly team filled to the brim with superstar players.

now add cNed and this team will be stronk

cNed isn't swedish though? thought Bonk was all swedish or they want to play with swedish players.

Bonk speaks english in practice and in comps

leodeddz will fit perfect for this team

if they go international they could sign cNed, lowel etc

Poggers! this lineup is insane, can't wait to see them playing