Goldenboy: Commentating for the love of the game

Years ago, Alex "Goldenboy" Mendez competed in a game called Shadowrun for the Xbox 360. He said it was often called Counter-Strike with magic.

So when he first played the game — then called Project A — in one of the early testing groups invited to play, he fell in love. And he knew he wanted to commentate this game.

"I cannot work in a game I don't particularly enjoy," he said. "It's very important to me to love the thing that I'm talking about on a regular basis." 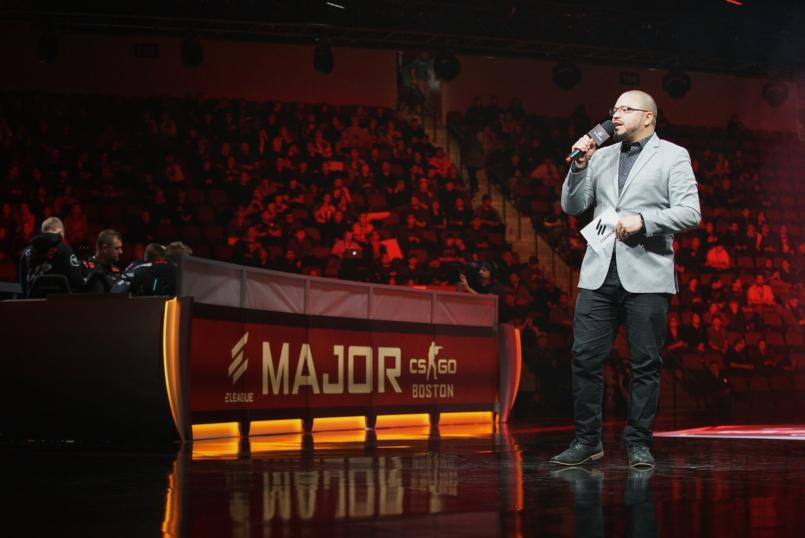 Valorant checked off all of the boxes for Goldenboy and he immediately dove right in. He was a commentator for the game's very first tournament in beta, the Twitch Rivals Showcase. Since then, he's been a fixture on North American Valorant broadcasts and is often a part of the Riot-sponsored Ignition Series tournaments.

Goldenboy's commentating style throughout those tournaments hasn't always been what you would expect from a commentator in a tactical FPS game. And that's intentional, despite the criticisms he recognizes he receives for it. He wants to sound different than other casters and, more importantly, wants to sound like himself.

"I have an arena commentating style because I cut my teeth playing Halo and casting Call of Duty and I did battle royale games for the better part of two years now," he said. "So I actually try and bring that fast and frantic style to the game so that you know people can feel the tension of the moment and I like to get hype and I like to get loud and excited."

Nonetheless, he recognizes a number of challenges he faces in his transition to Valorant. There's not really much downtime for casters in games like Halo. Valorant, on the other hand, is slow as the action takes a break between rounds and teams slowly setup their attacks during the rounds. He's been forced to adapt to the pacing of the game and the need for small talk over the course of the game as conversations around things like force buys and momentum dictate the a match's storyline.

Fortunately, he's been helped by some old friends. Goldenboy is one of several Valorant casters to have casting experience in Halo, a crew which includes Chris "Puckett" Puckett and Dan "Gaskin" Gaskin that Goldenboy describes as close. "It's important to be able to work with people you trust and are familiar with."

Those familiar people have the background in Counter-Strike commentating that Goldenboy lacks, which helps balance the pacing of the casts. Goldenboy can do his thing and let loose, as he puts it, and his co-caster is able to bring Goldenboy back down and slow things down. 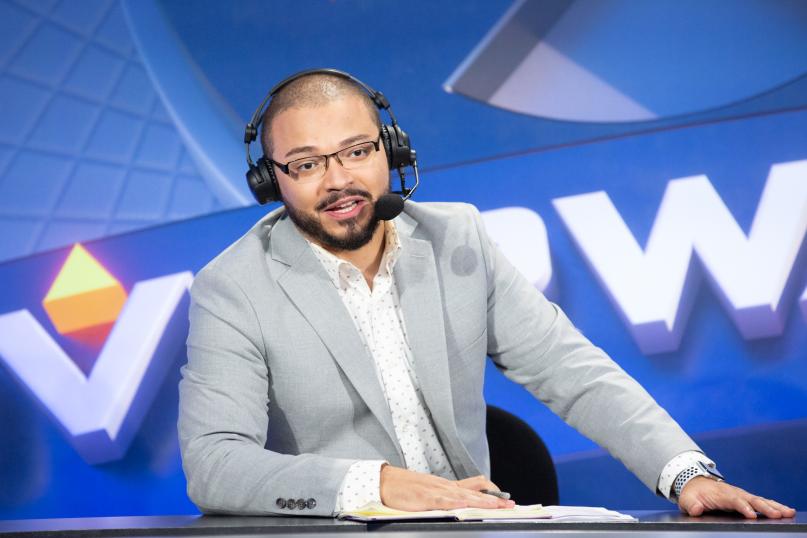 While Goldenboy has the pleasure of working with people he's familiar with, he feels his casting is marred by the online-only nature of competition the COVID-19 pandemic has forced Valorant into. "I've never done this where I've started casting a game without doing a live event. That's new to me." He says it's been hard to create a human connection since he's never met many of the game's top players.

That's one of the many things that Goldenboy feels will improve with more event experience and, once they're safe to do so, the debut of live events. He's seeking to improve his own commentating in every aspect over time, naming things like game knowledge and pacing.

He'd prefer to keep his focus just on that for the time being. "I think I'm pretty happy commentating," he said as opposed to working as a broadcast or stage host, two roles he has taken on for previous games. Hosting, he said, is more involved and requires more work than commentating, and can get boring after doing it so much. Still, Goldenboy would do it if asked because of his love for the game.

In the meantime, however, Goldenboy can't wait to do more casting. He's looking forward to the day that he can work his first live Valorant event and is excited to see where the game goes.

That was how he felt before spending the weekend commentating the FaZe Clan Invitational. Since then, North America's top rivalry has been cemented with intense play and close matches and more viewers tuned into a Valorant tournament than ever before. Valorant's future was already an exciting prospect and in the few days since it's only gotten more so.

"It's a pretty damn good time to be involved in the game if I'm being honest with you."

Really great piece, super happy that GB has made himself a part of the community!

Love Goldenboy. Glad to have him in the scene.

Thanks for the article tamagao! This is also a great read.

Heck yeah.
Idk what were celebrating
But nice

Awesome read, great to have someone like that involved in the scene

whenever i read youre name in an article i just wanna type nice article scrub even tho you changed your name like 1 year ago :(

Goldenboy is a good boy <3

Thank you so much for the interview! <3