Get EDG, KONE and NTER in one game, get DWG next

I mean don't get me wrong but I literally thought it was a plat gameplay at first more than radiant. Now ur rank in eu makes sense

first the guy in video is not me

and finally, EU ranked is legit dogshit compared to NA, I see 400+ rr players that look like they were boosted

Mate you are from KR ranked and you are calling EU dogshit. Ironic isnt it? In KR there are more radiants than Immortals lmao because the threshold for radiant is just that low + lack of players.

I play in NA

and learn to read

Yeah NA has the best ranked everyone knows. So you are from KR playing on NA ranked?

no, Im from NA playing on NA ranked

and sometimes I play on APAC or EU

he pretends to be from KR

I have also routinely heard from Russian pros (the only ones capable of experiencing Asian AND EU servers) say EU ranked is quite bad.

there is a difference, KR server is actually better lol

I would say that from my experience it's more difficult to rank up in KR vs APAC, simply because I meet more boosted people/bought accounts in SG/MY servers, more dumb people in HK, and because JP was kind of free.

Whereas KR has a lower playerbase and if you're unlucky you can get matched up against Radiants as a D1/D2 player.

Util wise I think KR is also pretty good too, but I actually haven't played KR recently so I'm not sure how they stand up against each other right now.

and thats funny, because the russian players are usually the ones that grief in EU servers from my experience

I've met a few Russians ingame on JP servers, they've mostly told me that Asian aim is insane compared to EU and that they have better understanding of Valorant-specific game mechanics than EU. I suspect it's because of how deeply EU's roots are in CS.

Jingg said something similar that players in EU play the game with more brain but end up using too much brain. In SG players dont use brain at all xD.

Im not saying EU ranked is good. I saw a lot of streams of how toxic it can get .
And theres not 0 difference . A lot of KR pros play in SG and HK for a better experience and better players .
The russian pros you talked about spam JP ranked where everyone except them is imm or asc . See something's last matches and see his teammtes/enemy player ranks.

I've queued with KR imm/Rad players who have also achieved high elo in Asia and they've never once told me they queue SG/HK because of a better experience.

Afaik they do it for fun, just like me. Or even because they think it's easier.

idk i saw Buzz from DRX playing with Forsaken and he was telling him about this. I dont think SG experience will be better since in KR everyone atleast uses the same language and easier comms but they q in sg for more competition because at high elo there are a lot of signed players than puggers .

its not about toxicity

if anything I love EU humor and EU banter, they're a funny bunch

the problem is that when u hit immortal and u play against people who are near radiants or even ex-radiants who cant shoot, thats the problem

has nothing to do with "better experience and better players"

bro you just said you are from NA . Ive met many players from KR in SG at low imm. Also what i said is what DRX buzz said to forsaken when he was q with him.

You call EU ranked dogshit and mostly boosted players yet you got 2 accounts which are dia and immortal? bruh what? also what kind of an NA player is that that got ping to play on whole servers around the world

p sure he is confirmed imm2 at least 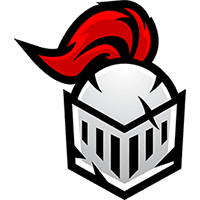 r u stupid or what

60k views in 7hours, quite decent, do Korean people more interested in Val these days ??

and korea val scene is so big these days, every popular streamer has played it

HK servers have some crazy players. Mfs will dry swing out of smokes and shit.

Not really . Hk servers has no comms and can be really frustrating to play there. I queue SG + Hk at nighttime when i dont get matches in SG.

What rank are you? I'm playing in Imm+

Im i1 currently and mostly play on SG whenever i do

interesting. I've not really had your experience on HK, perhaps we get matched on different subservers.

Last time I played SG it was a shitfest. Comms were there but the quality of gameplay was so low even my SG duo agreed to switch servers to HK. Perhaps things have changed.

I will say though that I don't grind the game so it could just be that I'm not playing often enough to be matched with 0 comm players.

Really ? Its usually the opposite. Everyone in SEA usually prefer SG because so many griefers and no commers in HK. Aside from that in HK servers you get Loss for some reason and is unstable. Even Jingg and Forsaken never q there.

Yeah HK used to have some terrible packet loss last year. This time around I don't think I've gotten it.

I've not really experienced any griefers in HK, but once again I don't grind the game.
There were some really, really dumb players though - hence the comment about dry swinging smokes. The mechanics are cracked but the brain isn't there. This lowkey applies to SG as well.

SG just had some terrible players in general. Idk how some of these kids got immortal sometimes, but the comms are good for sure. There're a lot of bought accounts though and tbh I don't like playing on that server. I'mma be real, JP went from worst server to best server this year. But yeah, it may not be up-to-date information.

How much ping do you get to SG ? If you want to grind above i2 SG definitely better . I wonder how much i will get if i wanted to q in KR ranked.

I get like 80-ish on SG. And I've played up to Imm3 on SG servers with Radiant players through scrims AND Ranked. I still stand by my position, but maybe it's subject to change if I feel like queueing SG again.