Imperial Esports is looking to return to Valorant by signing the entire roster of Laboratorio do Leozin, sources tell VLR.gg and valorantzone.gg.

Imperial Esports started their journey in Valorant November 19 of 2020, by signing MIX, but after being eliminated from First Strike Brazil, the team struggled to keep their consistency, and even while making it to the main event of Stage 1: Masters, they were eliminated in their first match and weren't able to pass the open qualifier for the next stage. The team and the organization agreed mutually that a disband would be better for everyone.
Imperial Esports was:

According to the sources, Imperial is a high contender for one of Brazil's franchise spots, and is expected to sign Laboratorio do Leozin once they lock in their franchise spot.

Imperial Esports is expected to be:

My boy putting erfrort in this, W

respect the effort but almost 0 people give a fu

It doesn't matter really, I'll still improve anyway the more I post, even if no one reads it ^_^ 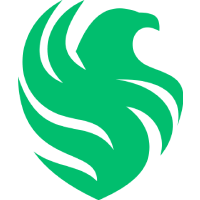 Does anyone know if Imperial is popular in CS for the players they signed, like FalleN, or is it the org itself that is popular?

Players for sure, never heard of imperial before they signed fallen and friends

players..they were only famous because one their player died and they did nothing to help the guy (the family just one against them in the justice) he had like a headache that evolve to something worst.
Apparently their gh backthen were terrible..

Great article, the problem is that Imperial would never agree to contract a t2 org

Would you rather have articles more close to reality?

This is not a real article cause the information is false (just for write training purpose), or because this a not official article (Since you're not hired by vlr yet)?

Information is false, hopefully I will be able to do real ones in the future!