The grand finalists initially faced each other in the upper semifinals of the Knockouts stage, where Paper Rex sent XERXIA to the lower bracket in a two-map series win. Climbing from the lower bracket, XERXIA eventually ran into BLEED

BLEED Asia-Pacific Rank #10 in the lower finals in a long-awaited matchup that was initially intended for the group stage.

In a nail-biting series that went the distance, including an overtime in the third map, XERXIA eliminated BLEED from the tournament to secure the second APAC slot for Masters 1: Reykjavík. The grand final battle for the highest seed of the APAC region was equally competitive, and eventually went the way of Paper Rex.

Fracture, picked by XERXIA, was the first map to kick off the series. This would only be the second time either team had played this map throughout the APAC Challengers Playoffs.

To viewers' surprise, XERXIA pulled out a composition consisting of agents they had not played before throughout the APAC tournament. Notably, the team's controller player Nutchapon "sScary" Matarat had replaced his usual Astra pick with Brimstone while Thanachart "Surf" Rungapajaratkul chose to play Raze, which would be his first time playing an agent other than Jett since joining the XERXIA roster. Itthirit "foxz" Ngamsaard, who usually plays initiators for the team, also contributed to the surprising agent picks by moving onto Jett.

In the Paper Rex camp, the agent compositions were identical to the previous time they played Fracture. Jason "f0rsakeN" Susanto was once again on Neon as the primary duelist instead of Jett or Raze as more commonly seen in other teams.

The Neon pick played a fundamental role in Paper Rex's game plan. As defenders in the first half, they repeatedly used Neon's agility and kit to aggressively push extremities on the map. With the support from other teammates, notably Benedict "Benkai" Tan and his breach utility, f0rsakeN's Neon was able to quickly gain map control round after round. The result of this was a very one-sided 9-3 half in favor of the defenders.

While XERXIA started off the second half with a hopeful pistol round win, Paper Rex nipped the potential comeback in the bud by winning out the remaining rounds and closing out the map with ease at 13-4.

The second map of the series was Split, a map which XERXIA had only played (and lost) twice throughout APAC Stage 1 Challengers.

XERXIA had refreshed their agent compositions once again: Surf stayed on Raze in continuation from the previous map, while sScary brought out Omen for the first time in this tournament.

Paper Rex started on attack and attempted a quick push into the defender's spawn in the opening pistol round. This plan fell through and gave XERXIA wins in the first round and subsequent anti-eco. While Paper Rex sealed round three against XERXIA's bonus buy, XERXIA's defensive stronghold allowed them to string together four more rounds for a 6-1 lead. Paper Rex then finally managed to secure another round, thanks in large to a triple kill from Wang "Jinggg" Jing Jie and an initial pick from f0rsakeN with the operator.

XERXIA then responded with a formidable round of their own. sScary came in clutch for a 1v3 retake and defused the spike right under Benkai's nose.

sScary showcased great usage of Omen's utility to clutch the round

Regardless of their initial round deficit, Paper Rex managed to pull together the remaining rounds in the first half to end it at a close 7-5. XERXIA then started off their attack half in convincing fashion by winning the pistol round and anti-eco, as well as converting the bonus off the back of an ace from Surf.

The next few rounds were traded somewhat equally between both teams. In the end, XERXIA concluded Split with another phenomenal 1v3 clutch by sScary and stole their opponent's map pick 13-8.

Both teams were now tied with one map each under their belts.

Paper Rex kicked off Icebox by showcasing their incredibly strong attack side and strung together the first five rounds. In the sixth round, a first pick from foxz on A site prompted Paper Rex to rotate swiftly to B site where they were met with sScary's solid anchoring. An impressive quadra kill from the Viper resulted in a first round on the board for XERXIA. However, Paper Rex won another five rounds in a row mostly by executing fast hits into A site. Following a timeout from XERXIA, the Thai squad were able to scrape together the last round of the half thanks in part to another triple kill from sScary.

Paper Rex, again, started off their defensive half strong with a pistol round win. However, XERXIA were able to win the next two rounds on the back of an eco round win. Paper Rex stopped this momentum from building in the next full buy round. XERXIA then won another two rounds, starting off with a 1v3 clutch by Thanamethk "Crws" Mahatthananuyut, then a triple kill from Panyawat "Sushiboys" Subsiriroj using Chamber's ultimate against Paper Rex's eco buy. Hopes for a comeback were shattered as Paper Rex met XERXIA at the door steps of B site in the subsequent round, ending the map at a dominant 13-6 scoreline.

Though the XERXIA side suffered defeat in this map, sScary boasted an outstanding 385 ACS and led the team with 26 kills.

The fourth map, Breeze, was a less one-sided affair. While Paper Rex started off strong by winning the pistol and anti-eco on attack, XERXIA responded with four rounds of convincing defense. The following rounds in the first half were a show of give and take from both sides, but in the end, XERXIA were able to edge out one extra round win over their opponents to end their defensive half at 7-5.

The two teams were similarly neck and neck in the second half of the map, with each side only able to secure one to two rounds at a time. Paper Rex were, again, able to win the pistol round. XERXIA then turned the tides back into their favor with a force buy win on their second attacking round, followed by a flawless round against Paper Rex's eco buy. The back and forth of round wins continued until, eventually, XERXIA closed out the map at 13-11 thanks to foxz and sScary clutching a 2v5 in the final round.

The previous four maps witnessed the two teams stealing wins from each other's map picks. The final map, Haven, made for an exciting map due to the strong track records of both teams on the map. Prior to the grand finals, XERXIA had been largely undefeated on Haven throughout Thailand Stage 1 Challengers and APAC Challengers Playoffs, having only lost to Paper Rex in the upper semi finals of Knockouts. Paper Rex was similarly undefeated on this map throughout APAC Stage 1 Challengers (though this statistic is less meaningful given that they had only dropped one map on their way to the grand finals).

Paper Rex were the ones to try something slightly different this time with regard to agent composition. f0rsakeN and Jinggg played Jett and Raze respectively in a double duelist composition not commonly adopted on Haven.

Paper Rex started off the map with an aggressive push out of Garage and C site, pinching the attacking XERXIA squad in their spawn and ending the pistol round in an impressive 14 seconds.

The pistol round was over in a blink of an eye

The speed at which this opening round took place was illustrative of the pace of the remaining rounds to come: both teams on their attack side executed most of their rounds with fast site hits to overwhelm the defenders.

The 6-6 scoreline at halftime was a reflection of the back-and-forth nature of the first half and mirrored the scoreline of the previous time these two teams played against each other on Haven. However, unlike the previous matchup where the second half was a closer affair with Paper Rex winning 13-11, XERXIA this time was only able to secure two rounds in the latter half. With momentum in their favor in the last leg of the series, Paper Rex ended the final map at 13-8 and emerged as the winners of APAC Stage 1 Challengers.

As the first seed of the APAC region, Paper Rex has secured a spot in the playoffs stage for Masters 1: Reykjavík alongside G2 Esports

Meanwhile, XERXIA awaits the lower-seeded teams from other regions in the GSL group stage. 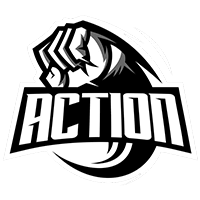 Prx is going to suprise many teams in Iceland

sadge no bleed in lan 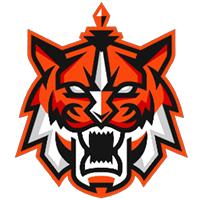 Been having trouble with the backlog of events, sorry for the late release!

All the best boys <3

W team, hopefully they can make a good run and give apac a bigger presence internationally.

prx gonna finish at least until semi finals in Iceland

Just watched this game. Definitively APAC is the most agressive region

All the best Prx ....show them what APAC is made off