Heather “sapphiRe” Garozzo and David “prius” Kuntz are both masters of their craft. The two are the most commonly seen observers in the talent lineup for nearly any S-Tier CS:GO event, with both having worked for ESL, DreamHack, BLAST, and more.

With the release of Valorant and with organizers in need of observers for their events, the two quickly found additional work observing Valorant events, with both going on to observe events in the Ignition Series and in the First Strike circuit.

“I've observed more Valorant events in the past six months than CS events,” prius said in October. “There have been a ton of both Valorant and CS events online due to COVID-19, but not many NA-based CS events, which I tend to do more of.”

But while the games are extremely similar, how does observing Valorant stack up to CS:GO?

To prius: “Comparing Valorant to CS:GO, in terms of observing, is really hard to do.”

While not necessarily an exact copy, many of CS:GO's fundamentals carry over into Valorant. With the groundwork already laid out for the transitioning observers, moving over to Valorant wasn't that difficult, but the layers of complexity that come with agents make observing much more complicated.

“Learning the game and all of the agents' abilities is the most important task to take on before starting to observe,” sapphiRe said. “Given my experience in CS:GO, combined with having a long head start on learning Valorant, it was a rather easy transition. Those that may not have a CS:GO observing background will likely find Valorant complicated to start.” 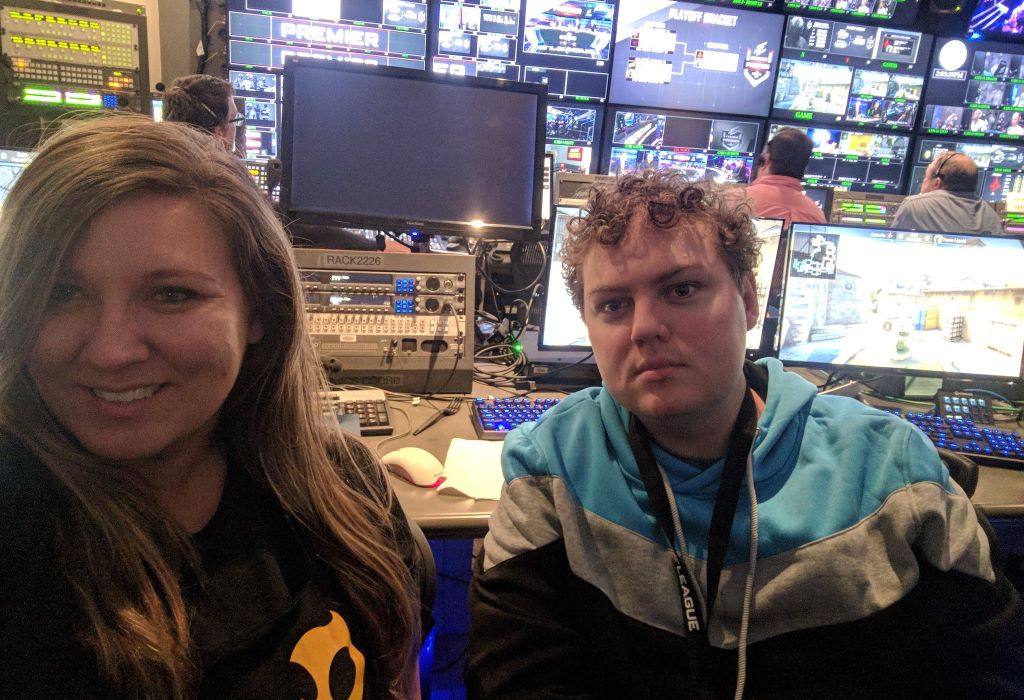 sapphiRe and prius are among the most well-known observer duos in CS:GO. Photo courtesy of sapphiRe

Agents are among the most important aspects of the game and it comes as no surprise that agent compositions are something observers have to take into account with every round. The ultimates and abilities of every agent could make the difference, and it's their job to make sure they don't miss any big plays. “Small intricacies change the way I observe with different agents in the game,” prius explained.

But the best observers in Valorant have been quick to adapt to the game's growing complexity. Even with the limited tools available, sapphiRe and prius have to constantly pay attention and have developed reflexes to determine the flow of the game and know who to switch to and when at pivotal moments.

“Understanding which players have an ultimate available and trying to predict when those will be used helps me to more quickly react,” sapphiRe explained. “If I see a Raze aggressively positioned during Buy Time with her Boom Bot out, I should be prepared for Raze and potentially a teammate or two, to peek behind her.”

“For example, Jett's ultimate ability, Blade Storm, combined with Updraft means she can go vertical over walls,” sapphiRe continued. “As an observer, I'm constantly looking at the radar for information on which player POV to select. However, with Valorant, I need to be mindful of the abilities currently available and analyze gameplay at a deeper level.“

With the restrictive tools available to observers, every piece of information is crucial in every split-second decision to change cameras. Observing, in some ways, requires just as much focus and awareness as any player in the match. Having formerly been a professional CS:GO player, sapphiRe has been quick to adapt, taking in as many cues as possible and analyzing the way players peek.

“In CS:GO, players tend to go for ‘dry peeks' more often than in Valorant,” sapphiRe said. “In Valorant, players don't often peek without a number of abilities being used in advance to aid that peek. As a result, I'm not just watching the radar for when two players' lines of sight will meet, but instead I'm also looking at ability timers as well as audio and visual cues to predict which abilities will be used followed by which players will progress into an opponent's line of sight.”

The game's layers of complexity make observing a daunting task, one which has a steep learning curve, especially given the comparatively limited spectator client. “[Valorant] just barely came out, so it's very understandable why the tools aren't the best yet,” prius said. “It was pretty [fun] to find the bugs of the spectator client.”

@sapphiReGG
Oh no... Now @PlayVALORANT Overtime is not just random keys every other half, but also the left side is 6-0 RNG and right side is 1-5 RNG.

As such, observing every other round is sloppy.

Valorant's spectator client on release was barebones and provided little in the way of custom tools for observers. “Many of the basics that are needed to observe in CS:GO, such as a clean, easy-to-read radar, exist also in Valorant,” sapphiRe noted. Riot have been slowly adding new functionality, with the most recent update — and the First Strike client — including major features such as Observer Follow, which replicates CS:GO's -interactiveobserver.

“I'm very grateful that Riot continues to make improvements to the observer experience,” sapphiRe said. “It's not just a benefit to allow observers to more easily do their jobs, but it provides the viewer with a better narrative when watching a match.”

The aforementioned Observer Follow feature has made online production cheaper, as before organizers would have to use a screen-sharing service or a private SRT server to send their feed to the production crew. “This means, instead of needing best-in-class internet to send my feed out to the stream, it takes workload, pressure and effort off the observer and puts it on the producer.”

Changes like these allow broadcast production to be significantly cheaper and more streamlined, as online events can have even more complicated setups than offline sets.

“There's some increased complexity due to being online,” sapphiRe said. “Overall I think there are a number of tournament organizers who should be proud of the beautiful remote productions they've put on for Valorant.”

But while Valorant has made major strides in improving the spectating experience, there are still a lot of amenities that CS:GO observers like prius and sapphiRe miss when producing for Valorant.

One well-used CS:GO tool that prius wants to see replicated in Valorant is Half-Life Advanced Effects (HLAE), a tool that provides users with significant control over a Source game's graphical settings as well as advanced camera motion features.

“This tool has helped CS observing so much,” prius stated. “Being able to pre-program cinematics and just change about anything makes the possibilities endless. Also, the possibility to practice observing for the newer observers in a demo system benefits everyone, such as creating content around a site retake or execute.”

Another feature that has been a major request by the community and observers alike is the addition of a system analogous to CS:GO's GOTV, a Source engine feature that allows a server to broadcast a relay stream that can be connected to in-game. The relay feed is delayed, can support an unlimited number of spectators, and can be made publicly available without fear of damaging the match's competitive integrity.

sapphiRe believes a “GOTV system” will be one of the most important additions to Valorant. A relay stream system will not only allow community broadcasters to flourish without the fear of compromising competitive integrity, but also provide production teams with a native delayed feed.

“By allowing people to view the game on a delay,” sapphiRe explained, “this also allows a production team to get replays from alternative POVs. In a situation where an observer may miss an important moment in the match, through a delayed ‘GOTV' system, the production team could still capture that moment and show it as a replay on stream.”

One aspect of the spectating and observing experience that Riot might not be able to fix on their own is the lack of offline events for Valorant. While Valorant has seen LAN events already, they've primarily been restricted to domestic and limited events. While Riot have publicly made a commitment to trying to organize as many LAN events as possible for the upcoming Valorant Champions Tour, there's no guarantee of an offline event this year.

Offline events offer more than just high-octane observing and large live audiences in an arena. With each event and organizer comes a potential new venue, production suite, or simply a more laid-back experience for the observers.

“Observing CS offline is fantastic,” prius said. “Zero ping and hearing the crowd in my ears when I catch the kills is a great feeling. Observing CS online isn't just the same — I'm in the server with no crowd in my ears and the only reaction to a player getting a sick 1v3 is me screaming in my room alone :(“

One of prius's favorite event series to work on was cs_summit, a line of laid-back events by Beyond the Summit best known for its comedic shoulder content. Another memorable event for prius was ESG Mykonos, an event that took place on an island in Greece. “That event didn't feel like work at all,” prius said. “I would observe for a few hours and then go chill by the pool or go on the ATV I rented and just drive around.” 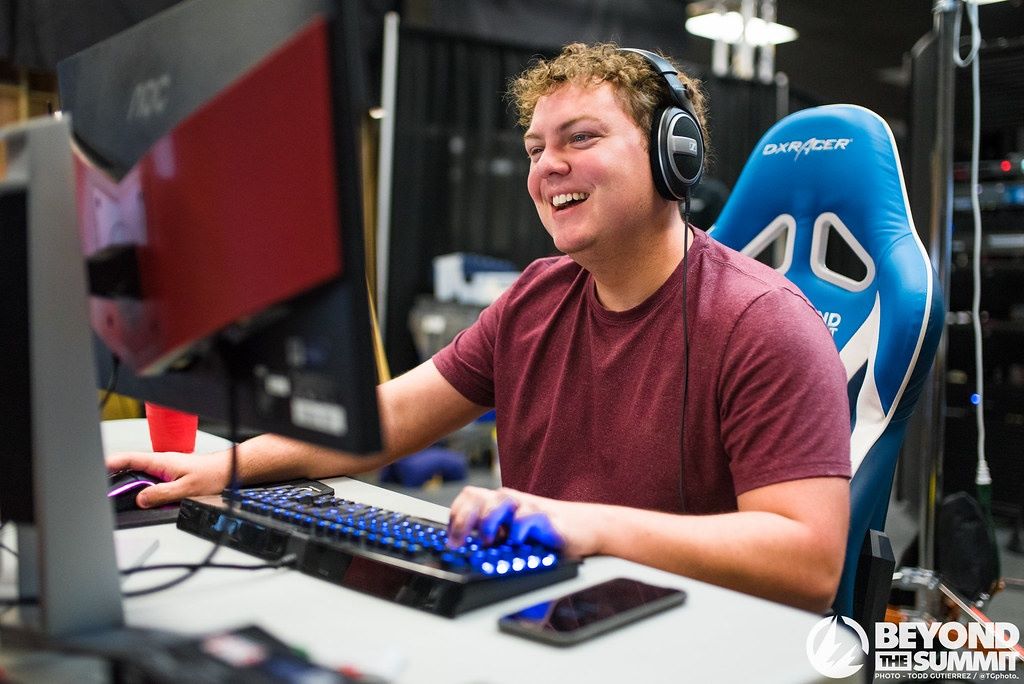 Valorant has yet to have the unique experiences of LAN events. Image credit: Todd Gutierrez for Beyond the Summit

Much of that variety and all those unique experiences has been lost in the online-only era. While prius has observed numerous Valorant and CS:GO events during the pandemic, many of them feel the same or blend into each other. “Observing Valorant online isn't terrible,” prius explained. “I just prefer observing LAN.”

Hopes are high that offline events will eventually return and hopefully coincide with the debut of international competition in Valorant. “I'm excited for offline play for Valorant,” prius said. “It'll be much more competitive, especially with Europe and Asia playing too, just not North America.”

But the beginning of offline Valorant will mean more than just an increase in competition, but also a chance for viewers to see Valorant observing at its best.

Cutest couple in the scene and I'm muting this conversation

With LANs coming up it's a great opportunity for all observers to make their mark in valorant!

i get paid per syllable

i get paid in dogecoin