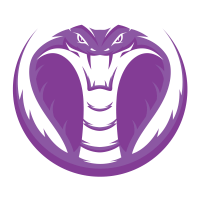 Purple Cobras Inactive Honeybee Marc Samuel Begley fanCy Liam Ebanks Hugstar Logi Baldursson have announced over Twitter that members have gone their separate ways, with a majority of the players and staff searching for new teams.

"After a successful run through First Strike, some players received offers elsewhere," the team said in a Twitlonger. "Therefore, all the Cobras players and staff are now open to search for opportunities."

While the Purple Cobras name may be new to some viewers in light of their qualification run in First Strike: Europe, the team has existed in name since the game's beta, centered around Logi " Hugstar Baldursson and Liam " fanCy " Ebanks. Before First Strike, Purple Cobras were notable for winning the Rix.GG Cup, and placing third in epic31 Online.

During the early stages of First Strike: Europe, Purple Cobras qualified for both playoff qualifiers, eventually breaking through to the main event in the C/D Playoffs, after eliminating Ninjas in Pyjamas and need more DM.

For the main event, Purple Cobras were seeded against SUMN FC, who had previously won the aforementioned epic31 Online. SUMN FC shut out the Cobras in a 2-0 series, sending the team home with a quarterfinals exit and $5,000.

"I wish all players to find new homes, as they all deserve to be in a top team," coach Sam " Hugstar " Greenfield said in a statement. "I have learnt a lot from my time with them and they have helped me grow as a coach a lot, so I have a lot of respect for all of them."