Without making her useless

-bring back the pullout animation bug as a feature
-her knives should be recharged after every kill, but there is a cooldown timer (say 10 seconds) between each refresh. So you whiff 4 knives and hit a headshot on the last one, then you get 5 knives back but 10 seconds later.

3 sec? 5? im not particular about the number, just the fact that jett should realize that she cant bodyspam knives from 40m high in the sky or risk getting traded

naah 4k is too much 2k is fine

nah the best nerf is the fact that when jett uses the OP , she cant dash away for 2 seconds

this would make jett clunky and awkward to use with the operator.

I'm pretty sure tenz already does this with the op, he flicks and dashes in the direction he's looking instead of dashing sideways. Imo she should be able to dash forwards and backwards but not to the sides.

I'll be honest I kind of like to look at it the same way I look at tracer in overwatch, she's the face of the game so really want her to be relevant because esports is very much a game marketing tool as much as it is about competition. As well as much as jett is unbalanced her kit is also on a knife edge between being overly versetile or clunky and without it's flow. At the end of the day watching jetts pop off with massive highly mobile multikills clutches are moments that stick and show what makes Val what it is. Jett will never be perfectly and maintaining the play experience is going to always be more important than balance

I think her kit is fine, but her ult is the most over powered ult in the game

the main problem with her is her dash.... make it so you can only dash forward, that would solve her untradeability

bro that doesnt change anything

takes one hour to get used to it 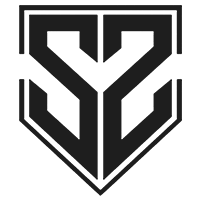 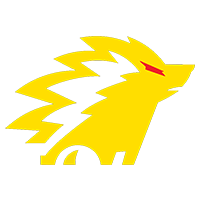 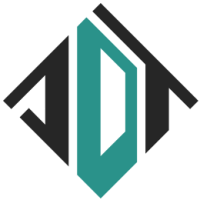 I think bringing back the gun animation bug is a good solution and maybe increase the time a bit more so that using jett to aggressively push a player becomes really risky, because of this jett's dash can be an ability to disengage from fights and by buffing neon's slide if can be an ability which we can use to engage in fights.

poor take, the part of jetts dash that needs to be nerfed is its defensive capability, not its offensive part. The part of Jett that is busted is when she's dashing out of danger rather than into it, ie dashing away from a wide angle as opposed to dashing into a site. Re-adding the pullout animation hinders the offensive usage of dash which what it was meant to be used for, but doesn't affect the defensive usage of it, which is the broken part of her kit currently. That change would make her more defensive than she's designed to be as a duelist and further push her into the role of solely using the op and not entrying.

what about this? (and I know its wild):
Updraft is 1 free per round, second one is 100
Knives are bought 200 a piece similar to chamber bullets, no regen upon kills (or maybe gets given back the single knife that landed the killing blow, rewarding 1 taps rather than body shots), also eliminates the 'free' eco rounds jett gets
dash becomes her ult but for 3 or 4 orbs, meaning she needs to focus slightly more on grabbing orbs/teamplay/planting etc to get the dash multiple times during a round as opposed to just killing, and she doesn't get a guaranteed dash at the start of every round to wide swing an angle with an op.

I get your point regarding her ability to run out of danger, but making her dash as an ult is a horrible idea. it's better to buy the dash and get updraft after every 2 kills or have a timer on updraft so that it recharges after 30-45seconds.

I agree that updraft on a timer could be a good idea, cause it'll help her get to those 'jett' spots later in the round if she's used them earlier in the round. Issue with buying dash is that it doesn't stop a Jett on the winning team from being just as oppressive, cause if they can afford an op they can probably afford the 3/4/500 credits price of a dash. Just limiting her to one dash per round as a result of that might go some way to alleviating the pain, but I still think if Jett is able to wide swing, op, dash away every single round of the game for a 'guaranteed' kill she'll still be broken. That's one of the main reasons why I like the idea of putting dash on the ult, because although it will still reset after every 3 kills, there's ways to get it back faster, and it means she's not guaranteed to have the dash at the start of the round to swing with an op and get a 'free' pick.

just put a delay on her dash 4Head

Just Give her ability to revive the whole team

Updraft should be the 3rd skill and ult have a timer

make updraft her default ability that recharges 1 updraft every 45 seconds and the dash cost 250 or 300 creds (usable only once per round).

Make her dash one time per round use only, no refill on kill.

I think that the issue with jett isn’t that her util set is too powerful, it just fixes the biggest challenges with opping in the game

The biggest issues with opping as someone other than jett are that the character slows dramatically after being hit with a bullet, it takes a long time to get up to full movement speed from standing still, and the walls in this game are made out of cardboard.

All of these are fixed by the ability to dash away.

In my opinion, in order to make jett/chamber not required to run an op, the game would have to change the movement and wallbang mechanics of the game

Edit: also having knives fixes the issue of the op being expensive, as jett can lose a round and still have a powerful weapon for free in the next round