You were a crucial piece of our Valorant team through VCT 2021 & we appreciate everything you did to help XSET Valorant become what it is today. Wishing you nothing but the best for your future endeavors.

Pretty Boyz Inactive PureR Bryce Lovell AYRIN Jordan He Brando Brandon Parker thwifo Zander Kim HIA Eric Boggs ahead of First Strike NA. Despite the team showing significant improvement throughout the first iteration of competitive Valorant they were unable to win a tier one tournament. His most notable placements with the squad were a top-two finish in both Stage 3: Challengers 1 and Stage 2: Challengers 1. 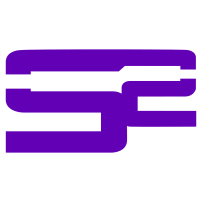 Talented player hoper he gets picked up

I mean this is a really strong roster now, but I mean I like watching PureR's gameplay idk why I do. Sadge. Hopefully he gets picked up.

I agree, PureR was one of my favorite players to watch.

nope, not DZ either

There not really that many open rosters though. FeelsBadMan for players like him, Dre, Aproto, Faze-guys looking like they miss out on VCT this month

Rawkus obv sen,corey to tsm, dre and aproto ????, it would be nice to see faze guys on a team but most people were thinking babyj on 100t

babyj is the reported fifth for 100T

I guess he got cut because he wasn't Purest 😏

are you sure about that.

Because there is so few Jett main openings in NA valorant right now, I fell like he will switch to a flex role

Once a cheater always a cheater