Cned can't be the best player in the world until he can prove it at berlin. Stop saying he is. Don't even care if Acend doesn't make it far. He better be jett diffing everyone at berlin including tenz, then I'll call him the best player.

Also for the people saying tenz was considered the best in the world on c9, no he wasn’t. He wasn’t even considered the unanimously best NA player until he joined Sen and won Iceland. Many people had Sinatraa and wardell above him when he was on c9 at the time.

that's the thing tenz wasn't considered the best player in the world on c9, he was just considered a top NA player. Many though sinatraa and wardell were better than tenz when he was on c9

he actually was considered to be one of the best players bc he had highest stats despite not being in the finals or winning. pretty sure his c9 stats were on the same level of insane or even higher on c9

People were still saying sinatraa and wardell were better than tenz when he was on c9 and that tenz was only farming cause his team was bad. Now it’s more definitive that tenz is the best after he joined Sen and won Iceland.

Yeah he was... the conversation was always between TenZ, ScreaM and mwzera... Ardiis was the greatest player cause he didn't lose and mixwell was also up there but they were the only 3 really in the mix for the best player in the world(greatest = achievements, best = talent). And usually most people said TenZ over mwzera and ScreaM

someone has a brain on this site lol!

Yes but now it’s more definitive that tenz is the best after Iceland. You’re being dishonest as hell. Back when he was on c9 people were still saying wardell and sinatraa were better than tenz.

Sinatraa? No. Wardell. Maybe, but TenZ was always considered No .1 or 2 because of his raw aim.

revisionist history right here. Sinatraa was considered the best as well because Sen was a top team.

I mean he is jett diffing everyone rn. cNed > TenZ

"Everyone"
Haven't jett diffed TenZ or any NA player yet, that's why we waiting for Berlin

He would’ve jett diffed tenz in Iceland, too bad EU has a dogshit format

Not copium, sentinels wouldn’t have made Iceland either if they had the same format as EU

and who would've qualified in their place?
"sentinels wouldn’t have made Iceland either if they had the same format as EU" Cope harder friend

You do realise that they wouldn’t have made main event with the same format as EU? They wouldn’t even be in talks for the best team itw

After this game SEN dropped to lower bracket and been unstoppable ever since
But EU format had no lower bracket, hence all teams including Acend didn't even get a 2nd chance to perform, they were instantly knocked out

Instead trash flukes called Lulquid abused this system all the way to Iceland
Now that double elim is in EU too, you can see where Lulquid really belong

True EU and KR have dogshit format, not discrediting Acend, but saying Sen wouldn't even be in talks if that was the format is just Ifs and Buts, they have proved themselves already.
Till we don't see Sen and Acend play each other its 1head to say TenZ is better or cNed is better. That's why I said this guy is coping hard

Liquid were the best at the time lmao

u finally got the name u deserved
lol!

its a different person

There's no best player,
Not until someone can win vct master 1 player only. Or until Riot make tournament for 1 vs 1.
This is team fight, 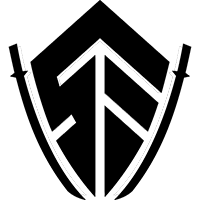 Bhutanese in Valorant? Where were you guys in VCC qualifiers?

bro why we need to compare them, why dont we just appreciate both of them?