@Immortals
Time to mix things up. 🌀

The roster for TSM includes hazed , Drone , WARDELL , Subroza and reltuC all coached by tailored. The five players were members of mouseSpaz 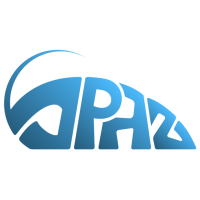 Immortals have signed jcStani, Genghsta, Koler and Bjorlulu. jcStani previously played Battalion 1944 while the other three players previously competed in CS:GO. While each player on the team has competed in VALORANT tournaments together thus far, they have yet to play with each other on one team.

Neither organization has entered their first tournament with their new roster as of yet.

The TSM roster is:

The Immortals roster is:

The boys at TSM are gonna clap.

posted about a year ago
reply • link
#2
Saya

Sooo excited to see my boy *͡҉#&̴͏%̢(-͘ finally getting picked up!!

TSM's team is just a bunch cs players that never fully made it/couldn't stay at the top. Wouldn't be surprised if they quickly got replaced by new players that people havent heard of yet.

posted about a year ago
reply • link
#4
darkcvc

thats every team so far.

I guess, its just hazed cutler really strike me as players that just weren't good enough. I feel like a lot of valorant teams have players that never got a chance at the top of cs and so its hard to really tell how good they are. I've seen a lot of cs players say they are now focusing on valorant but not so many actually being signed to teams.

posted about a year ago
reply • link
This thread has been locked.