welcome, agent. the missions only get more difficult from here on. but don't worry, we've scouted the best of the best to help you out. 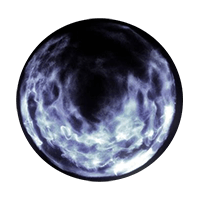 Elevate is one of the most notable players, coming from a professional Fortnite career. While he remains signed under 100 Thieves's Fortnite team, he's been given to beastcoast's Valorant division on a six month loan. "I am still signed to 100 Thieves," Elevate stated in his Twitlonger. "I'm just going to play for beastcoast as both of our rosters develop."

Good for Vegas to find a home. They can't perform worse than 100T anyways KEKW

posted about a year ago
reply • link
#3
FIreFistOM

is jammyz good? .... since V1 subbed him in for iceland .... now that i saw his profile .... his performance kinda looks okayish in tier 2 scene... but on iceland i dont think it would be good enough... What do you guys think does V1 have chance to qualify top4 ?

posted about a year ago
reply • link
#4
FIreFistOM

i just realized this was an old post lmao... i was like why are they re-announcing their team..