The trio will join Andrej "BABYBAY" Francisty and Quan "dicey" Tran, who both remained on the roster following a disappointing Stage 1 performance. FaZe had high hopes in 2022, but never got close to getting out of the North American open qualifiers for Stage 1.

Poach had already played with FaZe in their first-place finish at BoomTV Proving Grounds Spring and the entire new roster played together in Knights Circuit Monthly: April, where they were eliminated in the semifinals by TSM

In addition to their player lineup, FaZe also announced their coaching staff composed of Josh "jdm" Marzano, who remains as the head coach, assistant coach Addison "zecK" Gorzeck from Rise 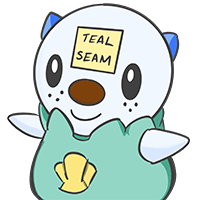 FaZe will compete in the first NA Stage 2 Open Qualifier where they have received an automatic slot in the round of 32. Their first game is on April 29.

Wanna bet they will buy a brazilian lineup by the end of 2022?

Why would he be banned

Nah bruh, they just need to go to a cheaper region at this point

If FaZe doesn't qualify, I'm 100% sure they will pickup a Brazilian roster for next year.

If someone say this roster is good, people downvote.

If someone say this roster is shit, they downvote too.

Where is the paycheck stealer Rawkus

this roster on paper should be minimum at putting up fights against c9, v1. But its faze so they wont prob even qualify bruh

he is creator / sub for faze

Oh good for him

Who's gonna be the igl? Poach or Supaman?

poach. also supamen is not an igl, it's poised.