@Luminosity
Today we say farewell to @1Ksiaze. Together we managed to place Top 8 in First Strike and had some epic moments. We're thankful for all the work he put into the team. Onwards and upwards till we reach top spot in Valorant!
15:54 PM · Nov 24, 2020 · 5 · 324

Ksiaze was signed by Luminosity alongside Zachary " Venerated " Roach back in September. He joined them following standout performances on Jett with Charlotte Phoenix 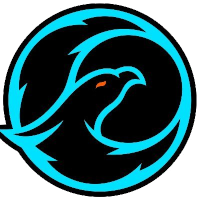 Prior to First Strike, Luminosity made grand finals appearances in both the Pulse Series and NSG September Monthly, but exited the Renegades x NSG Invitational early after two consecutive losses.

Neither Ksiaze or Venerated are now on the Luminosity roster despite joining the team just a couple of months ago. The roster has played with Adam " mada " Pampuch in place of Venerated since his departure after the Renegades x NSG Invitational.

No replacement for Ksiaze has been announced as of yet.

ngl i would bet on this

mada kinda underperformed too, idk what's next for lg tbh

wtf he actually is and he’s only played seriously for like 3 weeks. respect

dont you dare sleep on mada

OK, looks weird imo. They had a good run - yes they didn't make the main event - but the combo of aproto and ksiaze looked good. The roster looked good honestly they needed more time. Whatever... Hope the best for ksiaze and LG.

Going to assume a combination of not moving to the LG Valorant house from Canada due to COVID and the clash of play styles after Venerated left. He had pretty solid showings (obviously not so much in that last Immortals game) but you can tell he was playing more passive than he used to. On the flip side Thief and aproto were fragging out with that setup.