The Lithuanian's star performance throughout the entire VCT season warrants a position at #18 in the ranking.

Žygimantas "nukkye" Chmieliauskas consistently led his team to a top position within the European rankings.

nukkye began his VALORANT career with Team Heretics, as the international team shockingly defeated Team Liquid and G2 Esports on their path to being crowned First Strike Europe champions. The rising fragger established himself as one of the best players in the world during this tournament run.

Heretics entered into the VCT season as the best European team, qualifying to Europe Masters 1. The team reached the grand finals, matched up against a hot Acend, ultimately losing in an incredibly close fashion. Nukkye dominated the tournament and continued his consistent star-level performance with a 1.33 tournament rating, second only to cNed.

This upset loss to Acend proved to be the demise of this elite Heretics squad, as nukkye's team was unable to qualify to the EMEA Stage 2 Challengers Playoffs, having faced several early defeats in the Challengers qualifiers.

The star left Heretics in favor of G2 Esports prior to Stage 3, along with teammate AvovA. The newly rebuilt G2 instantly achieved success, qualifying to EMEA Stage 3 Challengers Playoffs through their first Challengers event. Nukkye led the squad to 4th place in this event, his 1.05 rating topping his team and bringing G2 to its first LAN event. In Masters 3 Berlin, G2 topped their group, with Nukkye attaining a 1.25 rating on his path to shockingly defeating the reigning champions Sentinels. The team started the playoffs off strong with a 2-0 win against KRÜ Esports, yet were eventually crushed by Gambit in the semifinals, with nukkye putting up a disappointing performance.

The EMEA Last Chance Qualifier proved to be G2's final opportunity to claim a spot at VALORANT Champions. Nukkye once again topped the scoreboards with a [1.15] (https://www.thespike.gg/events/stats/agents/emea-last-chance-qualifier/676) rating, yet the team was eliminated at 3rd place following a loss to GUILD in the lower bracket final.

Why was nukkye the 18th best player of 2021?
The star fragger remained the best performer on both Team Heretics and G2 Esports, leading both teams to great results, including a second place at Masters 1 and a 3rd-4th place at masters 3. The lack of consistent success throughout the year, however, prevented his ranking from being too high.

sorry for inconsistent post schedule, #17 coming in a few hours 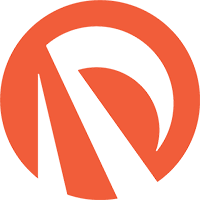 How was it his ego? Would be interesting to know as I haven't heard any reason why it happened.

No Na players mean they are all in the top :)

EU players being low means im biased towards them? Just wait for the full ranking

Cool man, keep it up