Would 100T Have Won With Steel?

I ain't hatin on anyone but the golden question, do you guys think 100T would have won LCQ with Steel? I honestly think they would have :(
They would have atleast made it to the GF......

they would be in waiting room for grand final rn with steel! but win champs with steel? nope!

I think they would have won with steel. They made a change and worked with it for like less than a month. Steel was a large part of the team and the change clearly impacted their play. Plus b0i is not better than steel.

I highly doubt thats the reason 100T lost, its been said by Ethan that they had practiced with b0i for months before they put him on the starting roster. Vanity only joined C9 2 months ago, they clearly were the better team today. no need to hate on the new player just wait till next year to see real improvement in the squad

not hating on b0i but he is not better than steel. Also Vanity was already an igl before moving to C9, Nitr0 is taking over the igl role fully for the first time in matches that matter. Theres a difference. C9 were better but if 100T still had steel they wouldnt have lost to rise in the first place imo

Nitro was the IGL for Team Liquid when they won a Grand Slam you can't say he is inexperienced. The reason that they lost is the underwhelming performances from your big players Nitro and Ethan. b0i played fine the first two maps while Nitro and Ethan did not. I can't deny b0i played a terrible 3rd map he definitely wasn't the reason you lost. I even think that even with Steel 100T still wouldn't have won the Upper Final at all, RISE is playing great this tournament.

Yeah but Leaf, Vanity, and Xeppa all played cs together so they are used to how Vanity calls and have good chemistry, whereas boi hasnt played officials with anyone in that 100t roster before the LCQ

probably, nitr0 igl seems pretty inconsistent and often got the read wrong due to lack of experience

igs winner has a lack of experience IGL'ing? He's done it many times before 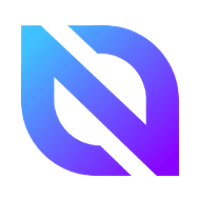 reading rotations and how the enemy is playing is one of the only similar things about cs to valo of course the experience will transfer.

Yep, with steel he reads every play every player makes every second of the game and they 13-0 everyone

Steel drops ace every round 13-0

100t fans must be so glad that they have an excuse to explain when they lost. Even if the excuse makes no sense.

Not an excuse, I asked about your opinion on whether 100T looked like a better team with steel in it... It's obvious, rise and c9 are the better teams rn but IMO with steel 100T would have put a better against them. But who cares, nothing can happen now, go next.

Not talking about you just some 100t fans. Also, hypothetical situations make no sense, do people want steel to play when he had internal struggles with the org (and maybe himself) and wouldn't be at his best? What if he was calling blanks like many say he did in Berlin? So many factors and not to add the fact that in terms of fragging power steel isn't better than b0i at all.

Yea, blaming this on boi might be the stupidest thing anyone can do. And yea you're right hypothetical situations are useless.....

huh
how does it make no sense?
changing igl 2 weeks before an event is a crazy change

they've been practicing with b0i for months and steel was having internal issues with the org (or left). so yes, you can't blame one org or person for this loss.

doubt it. rise and c9 have improved so much, people are falling back on the b0i situation to ignore how good these teams are

Yea you're right Rise and C9 look like the better teams rn. Props to them and how much worked they put in. That being said I wanna see rise win this cuz they are still somehow underated xD

it would be a great underdog story for rise to make it. personally i want c9 to go to champs because the matchup of Leaf and Xeppaa vs Brazil is too hilarious

maybe against c9 idk abt rise

Looks like it. As a team they look lost most of the time. But individually also, they are so inconsistent aside from Asuna. Ethan and nitro cant win a duel. Boi is boi and hiko as usual, no clutch zero impact. 100T deserved this for making this sub right before lcq.

i think ethan has been way more consistent than asuna, ethan wins like 80% of the fights like any other day. its just unlucky

i loved steel's igling, so i reckon they would have won it.

No, c9 and rise just outplayed 100t don’t think steel over boi would have changed much especially considering boi actually did good he just wasn’t doing good on both of the breeze maps.

b0i idnt have any impact plays or anything, he was just there. nothing special

We will never fucking know. Let it goooo

100% they make it to the grand finals with Steel. Also this boi guy is just an analyst and is in the team because nitro liked him in some pug and they became friends.......this team will be dead as TSM soon.

Doubt it. Rise and C9 just outplayed them straight up. Unless 100t fundamentally change something w/ steel, the result would be the same.

Idk Steels jett was cleaner than Nitros... also his sentinel is a lot better than Nitro aswell

yeah right....also man look at this bo1 guy like wtf ...he dosent deserve to be here

yes they got all the way to the semis in berlin with steel then the second they lose they switch the entire thing up dropping steel for boi putting them even further behind all the other teams.