Japan and Korea get one more slot each in LCQ 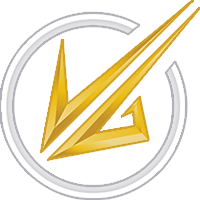 After removing 2 slots of China from lcq Korea and Japan get one slot each while South Asia as a region Still has one slot even China had 2 slots while they had no active participation in the game. What do u guys think is this a good decision by riot?

posted about a year ago
link
#2
Grumsy

posted about a year ago
reply • link
#10
elswordproz

where tf is zeta btw

They refused to participate. They want to have a roster who can compete at international level in 2022 and they are doing rebuilding.

For real bro did they change org? Fennel?

can someone give context??? why are the china spots gone?? what happened to zeta??? why is there suddenly an Indian/south asian team in now and who’d they replace?? we’re they originally not gonna be in LCQ?? thanks

zeta withdrew.
chinese teams cited ping reasons.
empty slots went to south korea and japan.
only 1 indian team was supposed to be in LCQ. Some people feel extra slot should've been given to south asia.

thank you thank you

posted about a year ago
reply • link
#15
NagarJii

India is trying their level best to get into this community, but i don't know why RIOT always ignores us.
I know the past about gaming in india but atleast give us some importance.
Now if GE doesn't do well everybody will start trash talking about India again, it feels bad ):

it sucks :(
atleast 1 more slot shoud've been given in this LCQ ( now that CN teams got removed)

I think they should have kept the tournament 8 teams only. But the slots allocation are fine, these regions were already part of the circuit and south Asia is new, so having one slot for this tournament is fine. Depending on how Global performs here they will assses the value of the region compare to its neighbours.

posted about a year ago
reply • link
#19
Sk_Nirav

bro, south asia has not compete with other regions yet. Next year there will be more slots, so if Global proves to be competitive im sure you will be given more slots

posted about a year ago
reply • link
#23
SnooTangerines
3
Frags
+
–

"South Asia has not competed with other regions yet"

Yeah, that will happen when you give them slots.

Pretty much every big CSGO pro got access to Valorant Beta and many switched from day 1 of release. There have been tournaments and fully paid professional teams since the beginning of Valorant. There is good viewership. Good participation. What else do you want?

Also, don't forget that the first year is literally the most important year of growth for any region.

There was so much interaction around Valorant in South Asia this year, seeing Riot's attitude and hardly any future for Valorant in India, atleast 3 big orgs have released their teams. South Asia is already 25% dead region at this point.

the south asia scene might not be new as you suggest, but it is new in the VCT circuit. Personally, with the withdraw of China I would have made the LCQ with the 8 teams left. I understand the plight for slots, but the circuit is almost finishing and I supposed riot wanted to give the slots to teams that were competing in the circuit since the beggining. As south asia was not part of the circuit initially, they were given none.

yes I agree. thats why I don't complain much.

posted about a year ago
reply • link
#22
DaalLiya

posted about a year ago
reply • link
#18
zenv

its fine guys... Korea and Japan deserve another slot. I personally wanted one more slot for SA but its fine...

I mean atleast this is what I feel for this particular year. Japan is fighting from day 1 through standings so I feel they also deserve another slot in LCQ plus they also got some pretty good teams. However I wanted SA to be given this slot... I'm not mad but neither happy.

posted about a year ago
reply • link
#30
latex

It's kinda stupid imo but eh, it is what it is. If GE can secure even a top 4 finish it'll force Riot to take SA more seriously, and provide them with more slots. Kinda like what happened with EMEA playoffs (Challengers 2). CIS got only one slot while TR got three for some reason, and the lone CIS representative - Gambit - outperformed all the TR representatives. They lost to Fnatic in the semis, and this was the Iceland era Fnatic. Fast forward to Challengers 3, CIS and TR gets 3 slots each. The reason why EMEA playoffs is only EU+TR really is because of the single slot alloted to CIS in Challengers 2.