In their announcement post, Absolute JUPITER presented the new lineup as a six-man roster, with no player yet publicly benched as of posting.

makiba was previously signed with the CNCI BLUE BEES 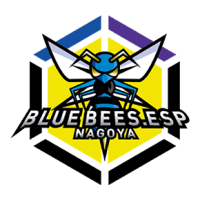 CNCI BLUE BEES Asia-Pacific Rank #49 Zenakukin Vue3 Brazilian timatin pinck Zerost Shotaro Ikeda , debuting with organization on the eve of the new year in the first stage's Challengers 1 as a Sentinel. The team notably took solid finishes in two of the stage's Challengers, qualifying for the first Japanese Masters, where they were swiftly knocked out in two 2-0 bouts.

The team made no appearances in Stage 2, with makiba departing the organization in mid May. However, earlier in June, makiba represented Japan in the Red Bull Campus Clutch East Asia regional finals. The team fell 2-0 to the South Korean representatives in the semifinals of the two-day qualifier.

With makiba, Absolute JUPITER eye redemption in Stage 3 of the Champions Tour, after being usurped by Crazy Raccoon

The team will play in Group E of the first Challengers open qualifier starting on June 4th.

welp from his history, makiba looks like a sentinel player, maybe that means we'll see laz more on duelist, just please spare me from barce's raze, put him on viper or something he was good at smoker, just anything but raze please...

Still not better than CR

dont understand why all of these japanese teams just suddenly started making 6-9 man rosters, can any japanese fans tell me why this is happening?

I think a lot of players are going between the korean and japanese scene. And quite a few orgs have disbanded their teams. So like Fennel got all the players from FAV. And i think CR took some from there as well. And scarz is doin smth. It's just like a mess. I'm not sure though. I just watch for fun for the most part. I'm not a dedicated fan of the japanese scene.