Crazy Raccoon want to create a wild LAN in Iceland

The winds of change began blowing in Japan back in Masters 1.

Once again, the best team in Japan isn't in doubt. But this time it's not Absolute JUPITER who holds that undisputed title. It's Crazy Raccoon.

Crazy Raccoon first entered Valorant by signing the BAKEMON roster last July. That roster was unique at the time for a Japanese team — it included one Korean player who played alongside the three Japanese players at the roster's core.

The team brought on Yusuke "neth" Matsuda soon after. Then around the turn of the new year, Crazy Raccoon replaced Tonbo with former Overwatch League pro Byeon "Munchkin" Sang-beom (변상범).

It turns out Munchkin was the final piece to completing the Crazy Raccoon puzzle. Since his addition, the roster has only ever lost to Absolute JUPITER and still retain a winning record against the country's titans: 3-2.

While many teams in Japan are now built off a combination of Japanese and Korean players, no player from the peninsula has had quite the same impact in the island nation's tournament as Munchkin.

In Japan's Stage 2 Challengers Finals, Munchkin led all players in ACS and average damage per round. He opened up fights throughout the tournament on Raze before flexing onto Skye for a round in the grand finals. 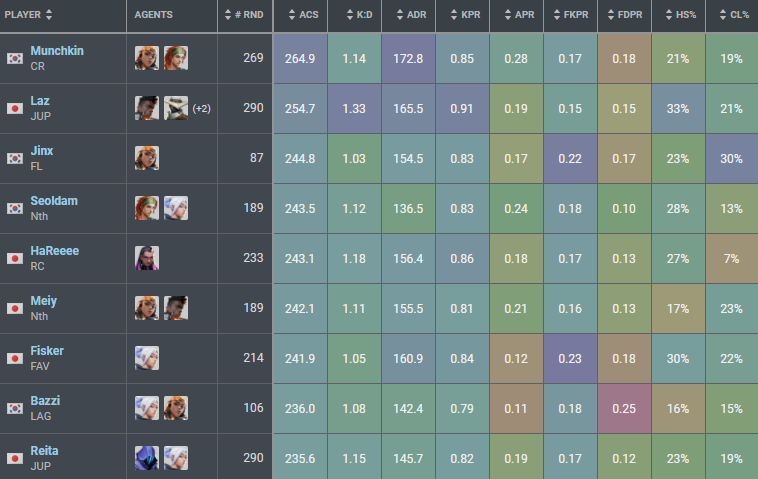 Munchkin has even outperformed the electric duelist pairing from Absolute JUPITER.

However, it would be unfair to Munchkin's teammates to point all of the spotlights on him. After all, he was the only player on his team to go negative in the grand finals.

Instead, it was Yusuke "neth" Matsuda, not unused to Raze himself, who opened up the match with an impressive 23-5 scoreline on Ascent. Jyousuke "zepher" Matsuda was the team's lead in the second map before Munchkin and neth led the way in the closing maps.

Having only risen to the top of their region this year, Crazy Raccoon might not have the name brand of Absolute JUPITER. But that's no reason to sleep on this team. They can dazzle just as much as their rivals.

If you're looking for a dark horse, it might be a good idea to settle on a smaller mammal and follow Crazy Raccoon. 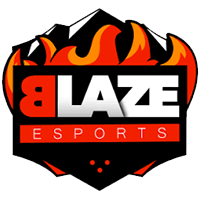 There is so much hype behind asian teams. I cant wait to see how they play against big teams

This is true but one of the five playing for crazy racoons was their coach. Still got 4 v 5ed I just find it funny that no one ever brings up that they were playing with their coach.

Like obviously it means nothing at the end of the day until actually LAN results. But until then it's fun to joke around about scrims and random ranked matches. And lets be real, losing a 4v5 even with a coach, is not a good look. And if it was SEN that lost the 4v5, you better believe they'd be getting this treatment and then some.

JP Valorant has been so much fun to watch. Crazy Raccoon’s rivalry with Absolute JUPITER is very engaging, and the region’s playstyle makes for a very entertaining show.

I’m a big fan of Crazy Raccoon, though I understand realistically they might not have much of a chance against regions that are favorites, I can only wish them to play to their absolute best, who knows what might happen! I’ll be cheering them on no matter what.

Sadge that they're so bad, potential 10th or 9th place

Crazy Racoon are totally my favorite dark horse next to Kru & X10, hopefully them and the other dark horse are able to bring some upsets to spice up the tournament.

I know most aren't expecting much from Crazy Raccoon, but I really hope for Japan's sake they do well. The scene has potential to be so big there and if CR can put up a good performance it would help so much.

Agreed. The JP scene is actually huge. A solid result, or even above expectations of a 9th-10th place will do good for the scene.