After a surprising end to their Masters run at the hands of Acend, FunPlus Phoenix

Against a recently rebuilt Vitality squad featuring Théo "LoWkii" Téchené and Jesse "JESMUND" Terävä, FPX began their first map on Split with an excellent first half performance from Kyrylo "ANGE1" Karasov, who netted back-to-back quad killstreaks in rounds 4 and 5. Despite this, Vitality were able to even the round scores out at the end of the half due to excellent play from JESMUND, giving the FPX offense no room to breathe on B site in round 12. In the second half, Vitality continued to keep the game close until the 17th round, when FPX would claim five straight round wins to secure the first map 13-9.

On the second map, Haven, FPX were determined to keep their momentum rolling from the latter half of the first map, and they did. Vitality only secured one round win in the third round and were completely unable to dampen the impact by ANGE1 on Cypher and ShadoW on Astra respectively. This dominant performance punched their ticket to the semifinals against Opportunists.

Following an upset win over Team Heretics, Opportunists were eager to continue their streak as the only unsigned team in the top 8 of Challengers 2. They began with a strong performance on Haven, securing 8 rounds in the first half, giving them enough of a lead to mount a second half comeback in round 17, where they would close out the map after giving up another round to FPX in round 21. The next round, the team secured their 13th round, securing the map win and sending the series to Split.

Split was a back-and-forth affair between both teams. Only at the end of the first half was FPX able to edge out Opportunists with three back-to-back round wins in rounds 10 through 12, and were able to continue their momentum into the second half, making the two rounds that Opportunists won bittersweet, as their buys for the following rounds were stunted and converted into thrifty round wins by FPX. Split ended in a 13-7 win for FPX.

On Bind, FPX showed dominance in the first half, only giving up two rounds to their opposition in both halves. In the first half, rounds 5 and 9 slipped through the hands of FPX while rounds 15 and 16 went the way of Opportunists. FPX closed out the map and series in round 17 with a final score of 13-4.

The last time FPX and Guild faced off was in the Group B opening of Stage 1 Masters, where after a close first map, FPX dominated the second and third maps of the series to advance further in the group B bracket. This time around, Guild were determined not to let history repeat itself.

But Guild's hopes to not have a repeat of their last encounter were short lived after the first map, Ascent. Despite Ascent being Guild's map pick, FPX secured the map 13-9, with ANGE1 and ShadoW netting 20 and 25 kills respectively over the course of the map.

Icebox was the next map in the series. The team chose a different team composition from the one from their previous encounter with Guild on Icebox, with Pontus "Zyppan" Eek picking Reyna over Raze, and Dmitriy "dimasick" Matvienko choosing Killjoy over Sage. These changes appeared to pay off for Zyppaan, as he tore through Guild, claiming 19 kills in the first half, and finishing the map with 33 kills. He also broke 500 ACS, and nearly broke a 150 economy rating with an economy rating of 148. The next closest in the server that map was Saif "Sayf" Jibraeel, who had an economy rating of 65. The map ended in a 13-5 victory for FPX, putting them one map away from taking the series.

The final map left for FPX to win this Challengers event was Split, a map that Guild had chosen despite FPX's perfect record on the map all throughout the event. Nonetheless, FPX only relinquished 2 rounds in the both halves of the map, despite not having a Breach or an Astra like in their previous matches on Split against Vitality and Opportunists. Despite the change in tactics, FPX's performance actually improved on Split, and closed out the series 13-4 to claim first place in the Challengers event.

The next stop for FPX is the Challengers Finals, where they await the final teams to be determined from the second Challengers events in the Turkey and CIS brackets. Additionally, they will be playing on a new patch with significant changes to Yoru, Viper, the Bucky shotgun, and the inclusion of HRTF audio.

FPX currently stand at the top of the European Valorant Team Rankings, with the third highest number of points in the world behind Vision Strikers and Sentinels. 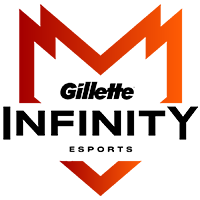 that one sucked for guild, seemingly all their individuals fell flat in the last match :( yacine, leo and draken were all looking godlike, and then just poof. Hope its just the nerves getting to them, since this was their first final in a while.

Can’t agree more absolute belter of a game that was

Care to give us a more elaborately described link to the match page than 'over the course of the map'? I know it's also accessible by clicking X vs Y, but still... after reading hltv.org for 10+ years old goats like me tend to like simple and effective portals =D