The roster of LDM Esports 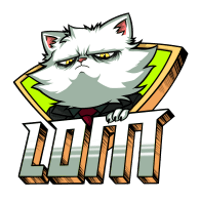 The team has been one of Latin America's top performing rosters for the latter past of 2020, netting top 4 finishes in every tournament they've entered since First Strike Latin America North, where they finished 3rd after a loss to Infinity Esports.

Yesterday, the team withdrew from the remainder of Stage 2: Challengers 1 due to circumstances surrounding the organization's ex-management. LDM announced the departure of Ezio, then-CEO, after allegations emerged of missed payments owed to multiple parties. Specifically, the failure to meet financial obligations led the team to be both without PCs and a physical venue to live and compete from. Misrra, owner and COO of the organization, released a video further explaining the situation.

The team is currently sheltering in the residence of one of the players, Sh0ckwave .

I hope they found a org fast, they're really really god, you can saw they played scrims with teams like Gen.G and 100t and Xander in rankeds shitting on people lmao
https://www.twitch.tv/dapr/clip/GoodTsundereNewtTheRinger-jiitLPbqXi31CR_n

It’s really sad because esports is currently in a middle ground. It’s big enough to have financial incentives for scammers like Ezio, but it’s not big enough to be as regulated and protected as regular sports (not saying regular sports are perfect). I can’t say if esports will ever move out of this middle zone, but we can only hope.

Sad. Really hope they bounce back from this one and manage to have good results next Challengers.

The roster will find a new organization to represent.. I am sure about that

problem is that LDM was biggest org in LAN

This it not true, technically the biggest org in LAN is Infinity Esports, LDM is a new team, even the CEO said it was a "meme" team until they got good results

sry i meant to put one of

If Soniqs can buy exo clan then dignitas can buy LDM?

Very good idea, to bet on LDM is to have a Top 3 assured and the results that DIG needs

To stay on LAN or to move to NA?