Overview of the problem with EG currently.
Problem #1: EG wasn't supposed to get this spot it was supposed to be G2 meaning they weren't really prepared to get it and even though they got it, it just doesn't look like they are willing to spend alot. Though at first glance this does look bad because you would believe they would lag behind there may be a benefit if they do it the right way; EG could sign new players and form a young team ready to grow with the league instead of big names that are already established. People just do not want to see a team lag behind in a partnered 10 team only league.

Problem #2: EG doesn't have alot or good content. As I said before people don't think EG should have the spot and them not making any or any good content doesn't help them. If you look at teams that got into partnership for Americas: C9, LOUD, 100T, NRG and SEN all of these teams make notably good content. On the flip side now that they are in they may make good content.

My Opinion
EG shouldn't have gotten the spot though I don't think it should've been G2 because they haven't shown any interest in NA; I would have liked to see an underdog new team be signed i.e V1 or TGRD teams like these can make a name for themselves with the chance they have been presented, and they have already confirmed they know what to do with a platform.

This was just made to lay it all out, both sides of the situation. Please let me know if I missed anything and your opinions.

nah they just haven’t realized they made franchising yet 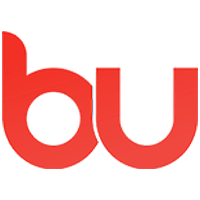 yo turkey when do you think you’re gonna tell them they made franchising???

sadly their team is going to be pretty meeh compared to others, maybe one is good.

hopium they get some LOUD players

with their current roster? none would accept.

It's all on the business side, if riot doesn't see a team as a good business partner, then they don't make it. TGRD and V1 and others most likely didn't make it due to riot not seeing business security and commitment from them.

100% business side which is why optic, faze and TSM didnt get a spot

riot should put the guard instead g2 after andrew tate drama

EG only problem is Bot10am and it's resolved. G2 problem is NiKo's ego keeps ruining igls. Both are very different

U do know G2 was supposed to have like Leviathans spot

And honestly about lagging behind, I mean look at Global eSports. They're shitter than EG.

at least they signed someone

That someone is just one person

G2 was going to get Leviathans spot. So your wrong

Currently it's known that Lev didn't get G2 spot, neL was wrong with that statement

dickhead org applies for franchising without wanting to invest a lot. guard g2 or v1 should have got it

I still don’t understand why the guard didn’t get a franchising spot. What does the guard not have that they don’t deserve it over EG or NRG